June 01, 2010
Pastries in Denmark were delicious.  The danish were sweet and flaky, like a croissant with jam but even flakier.  Many pastries are laden with cinnamon, essentially variations on the cinnamon roll, but better.  Bakeries were chock full with Danish delights intersperses with croissants and pains au chocolat. 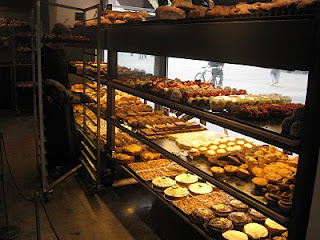 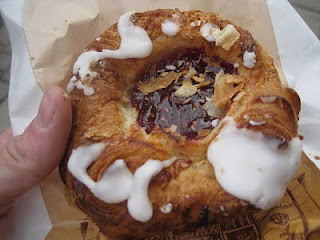 Even more surprising was the coffee.  After nearly two years in Paris with tiny black "espressos", I was delighted to discover that the Scandinavians love their lattes and cappuccinos.  I had a few, happily, and realized that coffee can be alarmingly good and doesn't always need two or three packets of sugar to make it drinkable.  After a barista training at the Coffee Collective, a free trade company that roasts potentially some of the best coffee in the world, I was hooked.  A latte never tasted so good -- even without sugar! 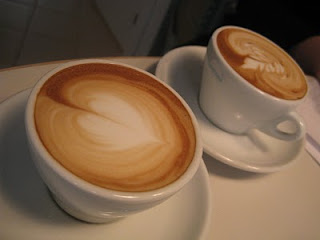