February 21, 2011
Something new around Place de Clichy has appeared.  A large apple statue, with the outline of the continents engraved into it, sits atop the column where a statue of philosopher Charles Fourier once stood.  The statue was destroyed during the World War II and the German Occupation. 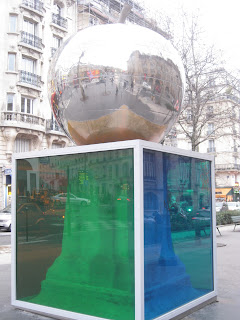 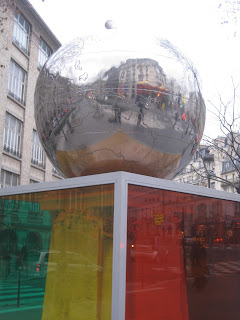