First-World Problems: Getting Away


Paris is wonderful, I know.  It’s a nice city.  It’s a dynamic city.  It’s a beautiful city.  But in the end, it’s a city.  For every fantastic baguette and art gallery there are panhandlers and pollution (among other things) that remind you that, yes, Paris – like any city – isn’t perfect.

The armchair travelers around the world read books and blogs with the bewilderment of a child at Christmas.  But they don’t get to see this side of Paris, the side that’s not blogged about normally.  They don’t feel the stress that’s lived or the guilt that’s felt telling a mother with two children “no” when they ask for food on the street.  They don’t always know the loneliness that comes from time to time realizing that, as an expat, you’re a constant outsider as an immigrant.

But some of us do, and we need to leave it.  “Why would you ever want to leave Paris?” tourists ask me while visiting Saint-Germain or the Marais.  Their observation is only part of the story – though I’d be a pretty unique tour guide if I took them to a Roma camp or to see the prostitutes at Belleville.  Because Paris is more than pastries and cafés, many of us need a break.  Call it a first-world problem, but even if Paris is an amazing place to live, like London, Berlin, or New York, locals and expats alike are allowed to be unhappy from time to time.


Some of us head to Italy, others home to the US or the UK, some to Africa.  I go south to my uncle and aunt’s home on the Riviera.  I know.  Poor me.  Sometimes first-world problems have first-world solutions.  And boy am I grateful. 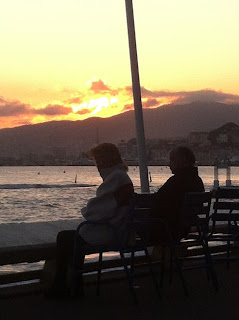 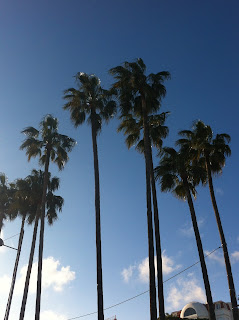 While we’re not hitting the casinos in Monte Carlo or yachting in Saint Tropez, heading to south is more about reconnecting with what I like to call “life.”  It’s the little things like going for a run and breathing air that doesn’t burn and saying “Hi!” to other joggers who are just being friendly.  It’s laughing and sharing stories with family – something that the pre-expat Bryan took for granted.  It’s waking up with sunshine, a friendly dog, and a cup of coffee to share with a bit of conversation instead of caffeinating while watching The Daily Show alone (which has its own merits).

Many expats have all of these things in Paris – as long as they aren’t runners.  For me, it’s a different world.  Leaving home at 22 to live in a different country, moving to a city where I am as faceless as the next person, and sticking it out on my own, well, it can be tiring.  It’s not easy even if it seems all cream-filled and rosé.  “Fortunate” doesn’t begin to describe the fact that I have family so close, a TGV ride away.  And it doesn’t hurt that they’re in one of the most beautiful towns in France…#firstworldsolutions.