First Paris Half Marathon: The Recap 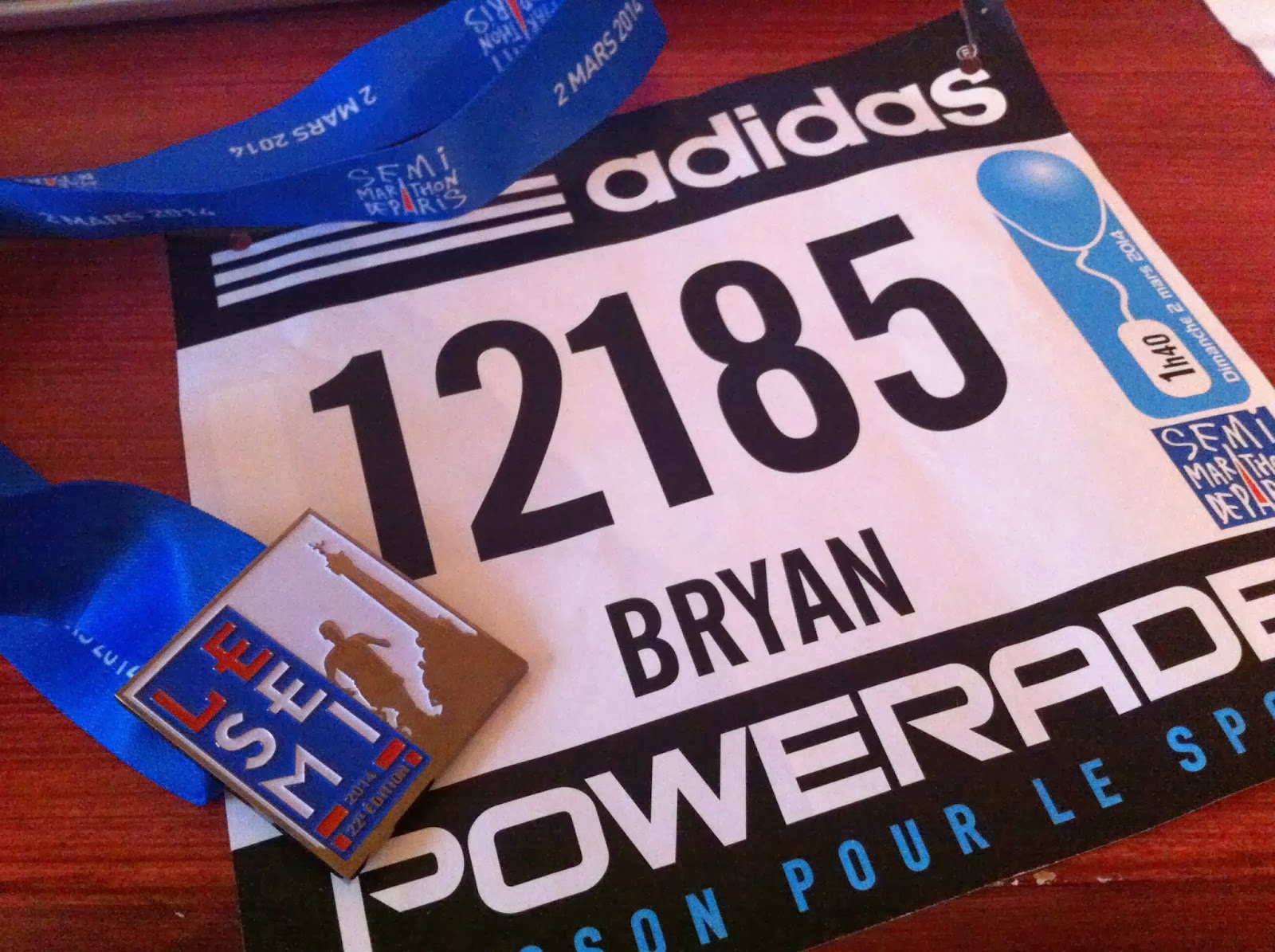 Barreling down Rue de Rivoli, crowds on all sides, darting my way in and out of runners from Mexico and South Africa, I didn’t feel nearly as fresh as the last time I ran this stretch during the first few kilometers of the Paris Marathon in 2013. Instead, I was more than halfway through the 2014 Semi-Marathon, huffing and puffing my way against the clock.

The goal? Ideally, 1 hour and 40 minutes, but I was content with anything under 2 hours. It would be a first. The record for the course was 59 minutes and 44 seconds, so my goal was a modest one at best.

Joined by 40,000 runners, I left the Bois de Vincennes feeling good. Really good. Having binged on Rice Krispy treats the day before (gluten free!), I felt full of energy. Training had gone well, the sun was shining, and I had already gone to the little boys’ room three times (once on the fence right by the starting line -- your welcome, onlookers). Things were looking up.

Without music, I decided to sing along in my head to the Frozen soundtrack, letting Disney set my pace with its magical beats and lyrics. From the Bois to the city, I was headed for Bastille faster than I probably should have, but I was hell-bent on beating the clock. Each time my iPhone told me how long I’d been running, however, I coughed loudly so I wouldn’t hear the report. In my head, all was fine. Just let it go.

A bit of banana and some water as we rounded Bastille towards the Hotel de Ville, I wasn’t sure if I could keep it up as we started across Rivoli. But the cheers, the crowds, and of corurse the well-placed group of firefighters propelled me on back up the hil at kilometer 17 and back into the park.

Medics treated a few fallen runners along the way, and my only thought was on finishing as fast as I could for them – without joining them on the stretcher. Runners ran into strollers that Parisian women carelessly shoved through the course. “We have the right to live, too!” one said angrily. Wrong. Not today.

We pushed on. Kilometer 19 gave way to kilometer 20, and I knew it was almost over. My feet hurt and I was sweating, having opted for too many clothes given the sun’s intensity. Did I really do this distance twice in four hours last year??

With the chateau in view, I could see the finish line. The giant clock above it ticked at about 2 hours and 3 minutes, and my eyes welled up a little. I started about 15 minutes after the first groups of runners took off, so I was well under 2 hours. I sprinted, smiling, even beaming for the cameras as I finished strong and happy at 1 hour and 48 minutes (we’ll ignore the seconds).

At this rate, I should be able to do the marathon next month in just over 3.5 hours or so (ha!). But I’ll try anyway! Bring it, Paris.

And the best part, friends weren't far behind me, running their first half marathons. Seeing them cross the line, finishing strong, I felt like a proud parent, but mostly I was just thinking about the pizza that awaited all of us...