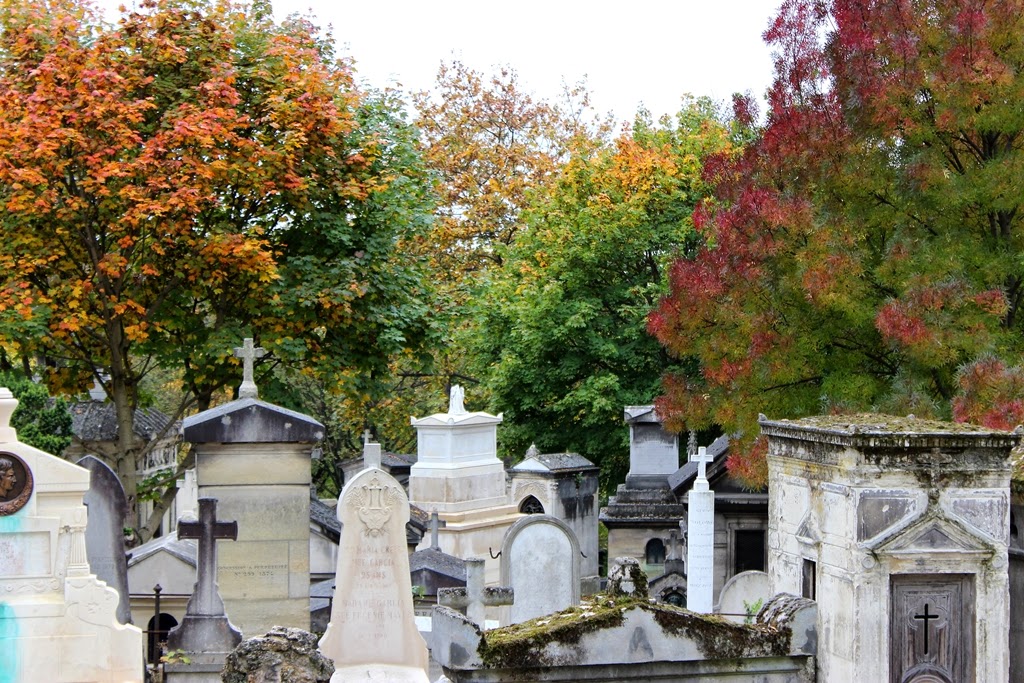 I’m not obsessed with cemeteries. In fact they creep me out. But stepping into the Père Lachaise cemetery is different. It’s like walking into some marvelous wonderland where someone decided that humans should be buried. It’s like if there were a graveyard put in Disneyland – it’s out of place, but you couldn’t blame anyone for wanting to rest everlastingly there.

Père Lachaise has the same thing going on. It’s gorgeous, peaceful, and full of celebrities. So what if they happen to be dead?

I like to walk through it in the autumn, preferably with a pair of boots to crunch on the leaves falling from the orange and crimson tinged trees. I’ve got some friends there that I visit, like Oscar Wilde and Edith Piaf. I mean, sure, tons of people head to their graves, but I know they’re waiting for my visit each fall. It’s like trick-or-treating for me, even though I really do love Reese’s Cups. 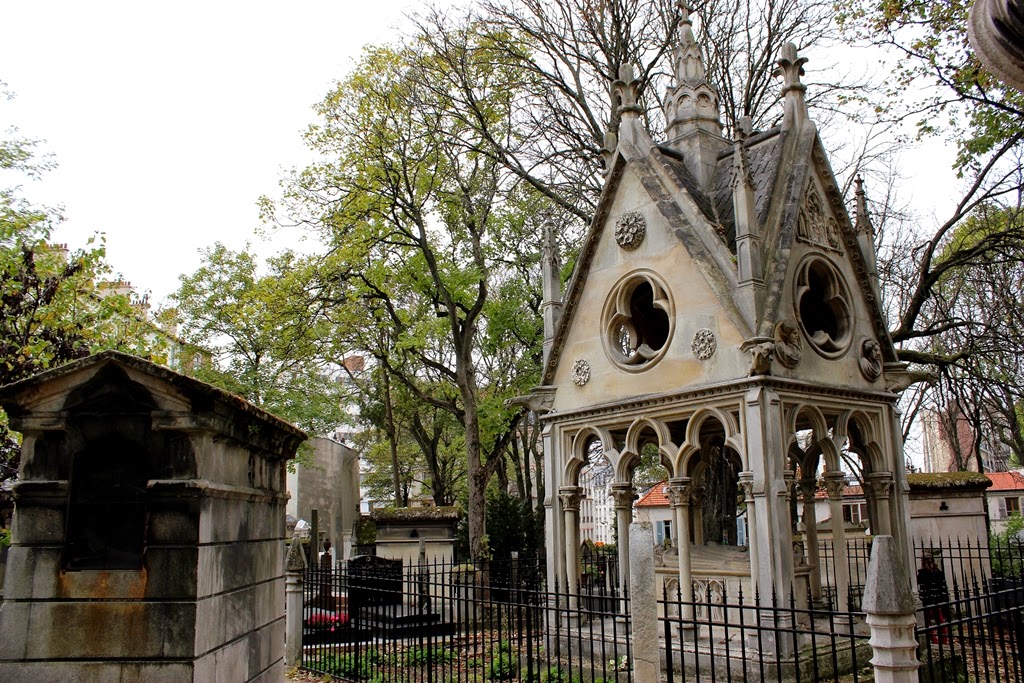 As I march up crumbling staircases and along winding cobblestone paths, I forget I’m in Paris. I guess millions of dead people will do that to you. I go somewhere else. I get a little lost, then find a tomb I recognize and I get found again. There’s Visconti. There’s Jim Morrison. There’s Théordore Géricault. Then I’m off again.

The cemetery, while it puts me at ease, is also full of mysteries – ones that even Google can’t solve. How do they get the new coffins in the family tombs? What’s the deal with the chestnuts and metro tickets on Marcel Proust’s tomb? Who feeds the cats? And who are these women who think Oscar Wilde wanted their kisses?

I’m sure there are bigger mysteries to contemplate, but I’m a busy man. I want to know about the kisses. There are no longer any on the statue of Wilde’s tomb, but there are some on the glass surrounding it. So then I have to know, then, who Windexes the glass? 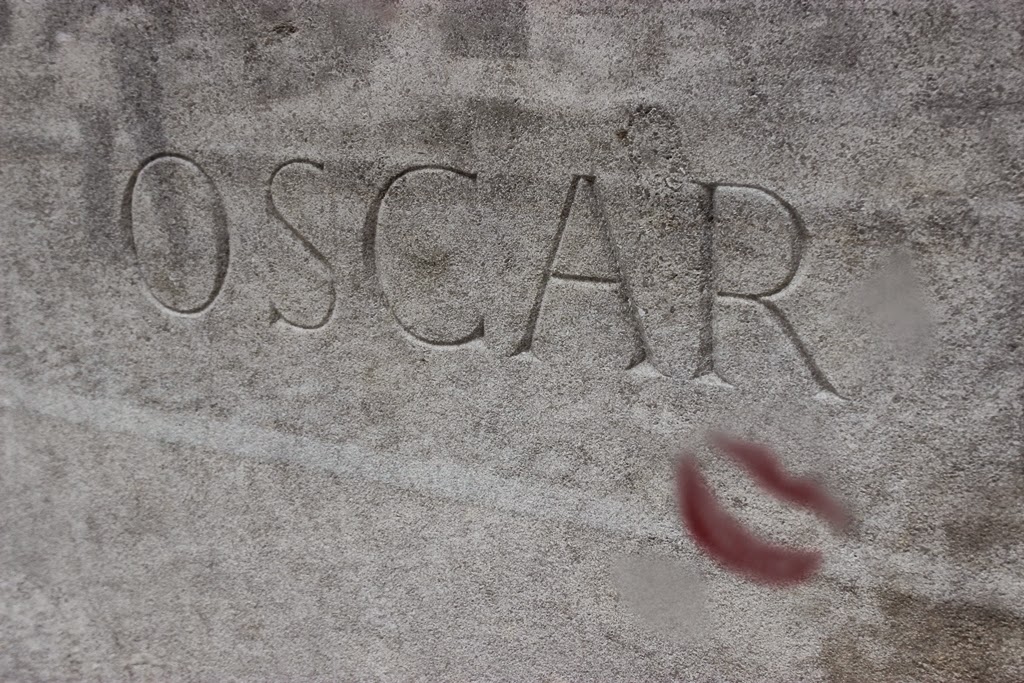 So many questions and no one living around to answer. There’s a lot of silence going on here. As I stomp around, three people are at a small garden on the east side of the cemetery, not far from Wilde. There is a park guard shushing us visitors. We have to be quiet. People are respecting and reflecting.

Heading south, I walk by all of the war and Holocaust memorials. I think of the weirdos taking pictures of these ones. How will they tag it on Facebook? What filter will they use on Instagram?

Edith Piaf is not far, though her tomb is forgettable. Tourists catch a glimpse of her after searching, visibly disappointed. They continue on while the Little Sparrow’s voice is crooning somewhere in the city at that moment. It’s just a fact. 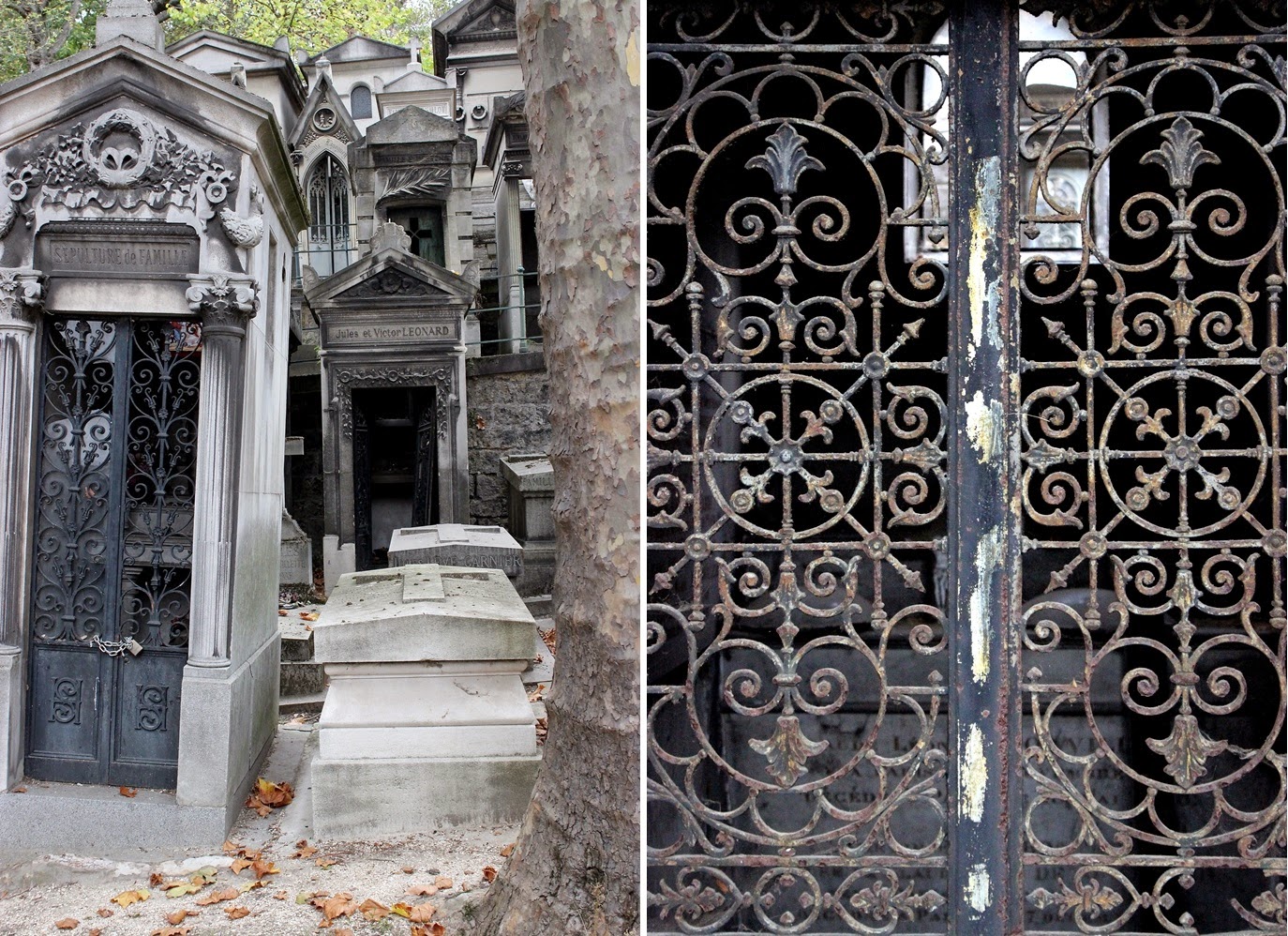 A mother is cleaning off her son’s tomb. I assume it’s his mom. He was like 36 when he died. She looks a bit older, and a little sad. It must be hard and I want to give her a hug. But I don’t.

The cobblestones start to take their toll. I tightrope walk on the curb for a while, since it’s smooth, and head to the exit. The guards will start ringing the bells soon to get us all out so that they can close up the shop. It was over 100 years ago that a man broke into the cemetery to eviscerate corpses, but I don’t want to stay out to see what happens here at night.

Ben Franklin said houseguests – like fish – begin to smell after three days. Though no one here would ever dare complain of my odor, and it’s only been like three hours, I wanted to be respectful. 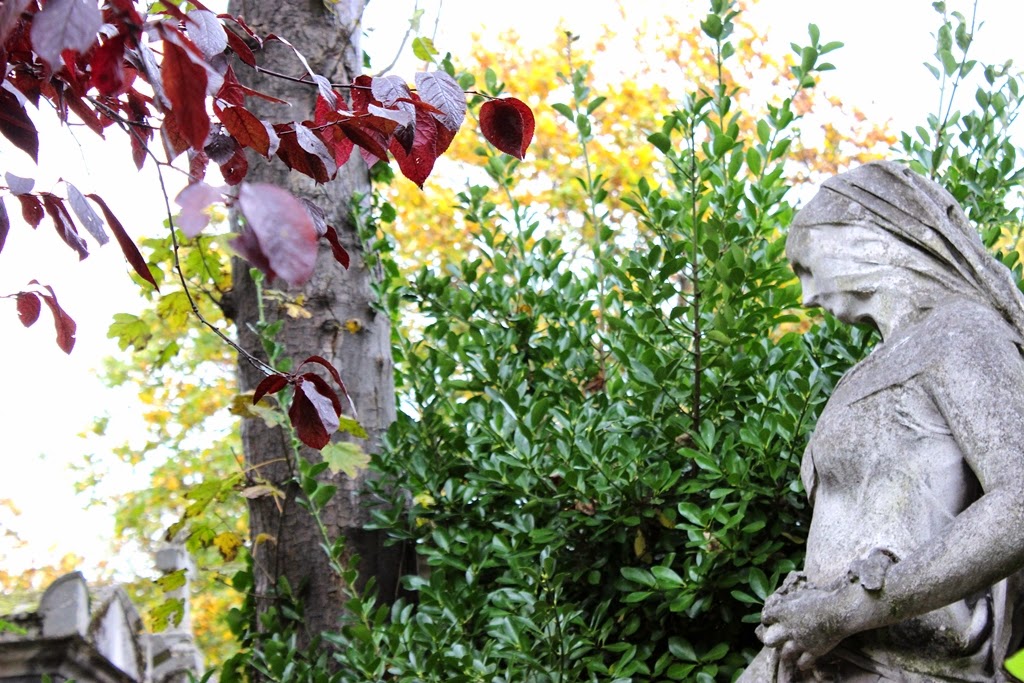 On the way out, a sign alerted drivers that traffic would be restricted during the weekend, during All Saints’ Day. Parisians and family members would come for their annual visit. Predictable. Only true friends show up unannounced.

Maybe I’ll come back this winter, if it snows, and we’ll have some hot chocolate. I’m looking at you Emile-Justin Menier. Sarah Bernhardt can come, too. See ya soon.