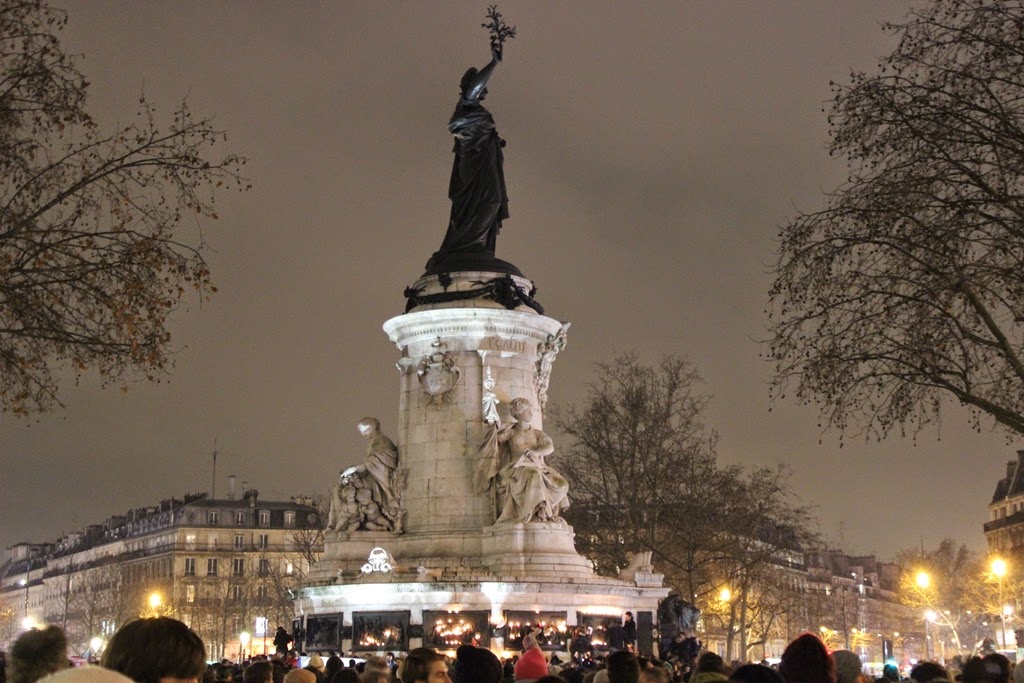 After attacks at the weekly satire publication Charlie Hebdo in Paris, 12 are dead, and with them, the dream that a free press can exist securely and peacefully has also been taken from us.

While the nation is shaken, citizens have rallied with no delay. Hundreds gathered at the Place de la République tonight to show their support for the lives lost and to rally against this terrorist act.

Chanting "Charlie" and "Liberté de l'expression," the crowd raised pens in solidarity and lit candles on the statue in the middle of the square, with lights spelling out "NOT AFRAID." 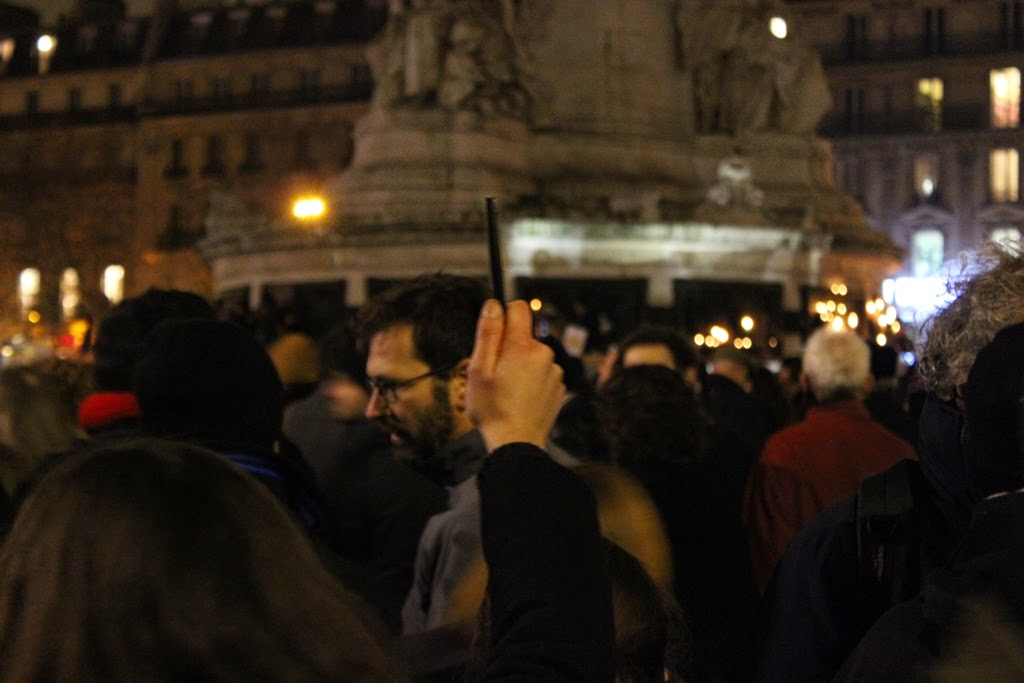 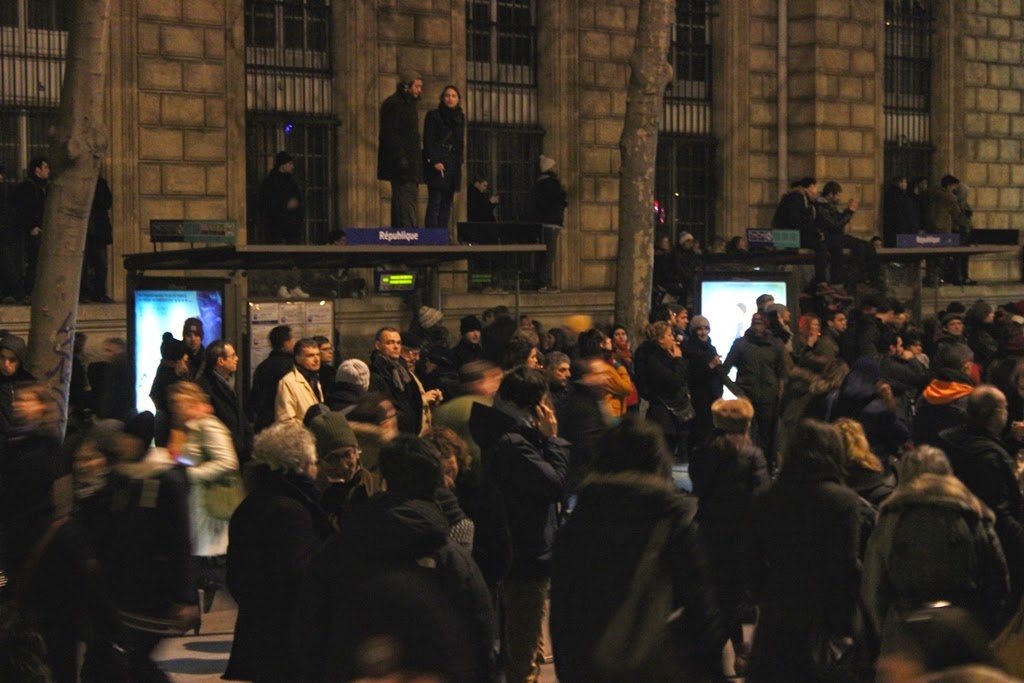 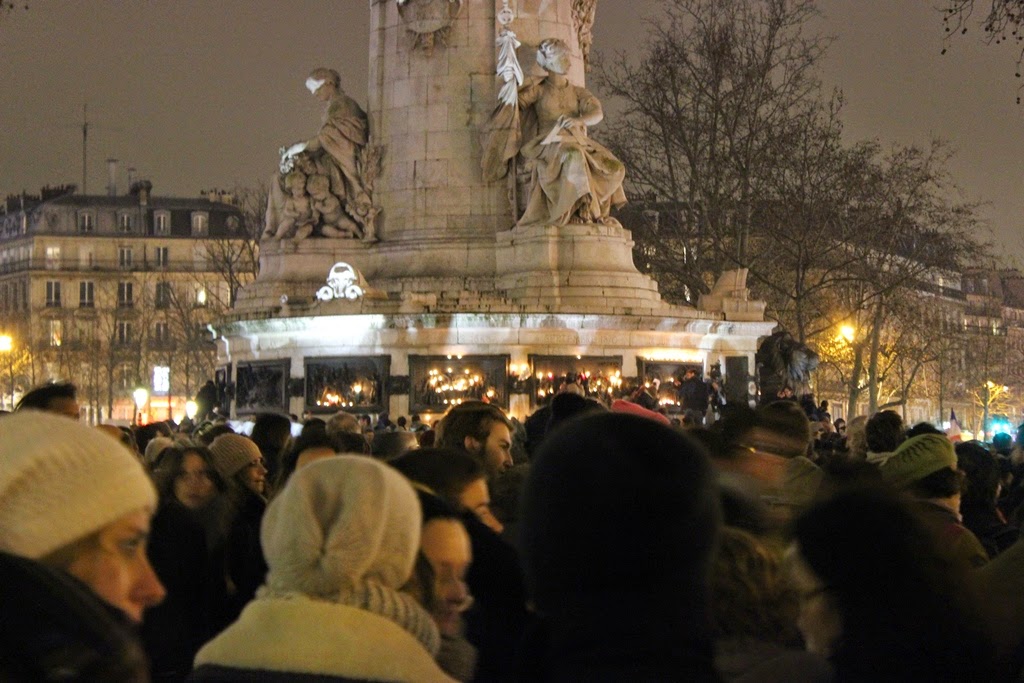 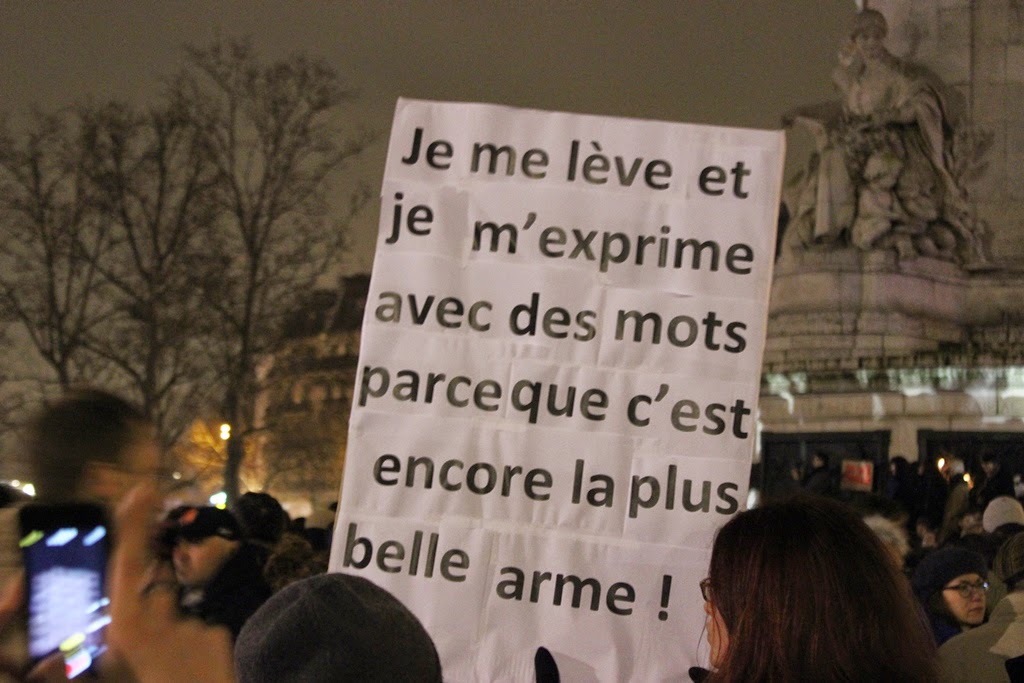 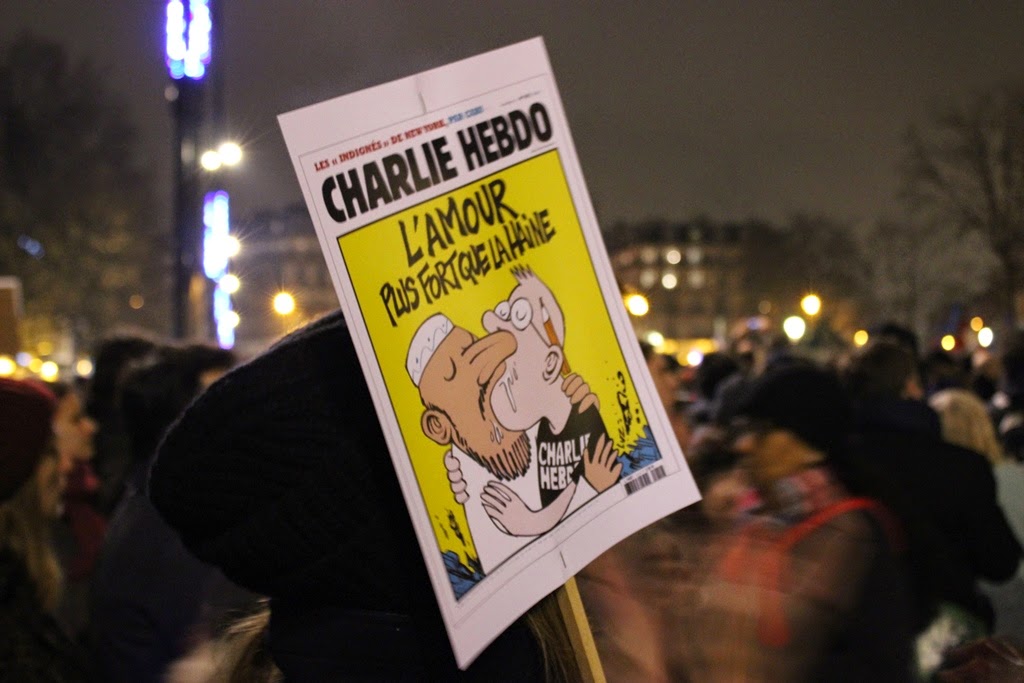 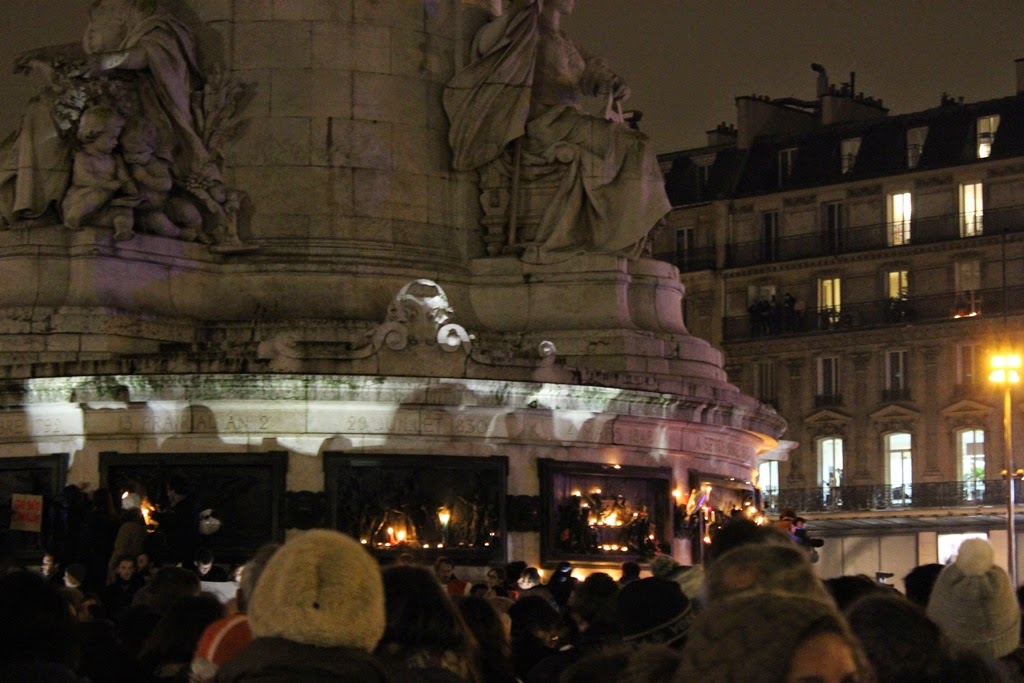 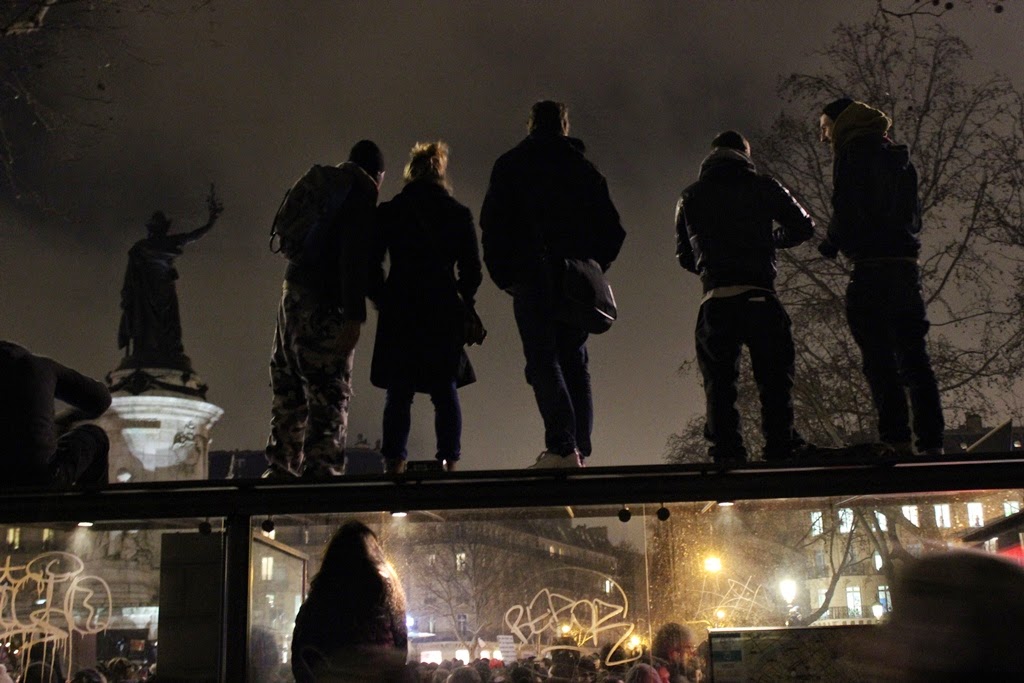 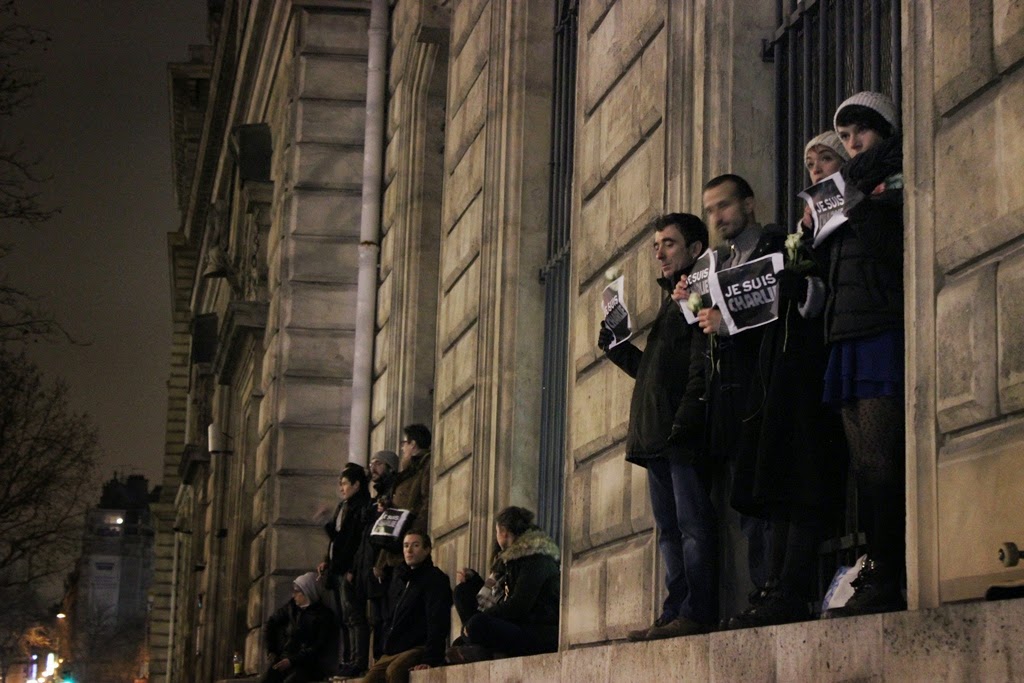 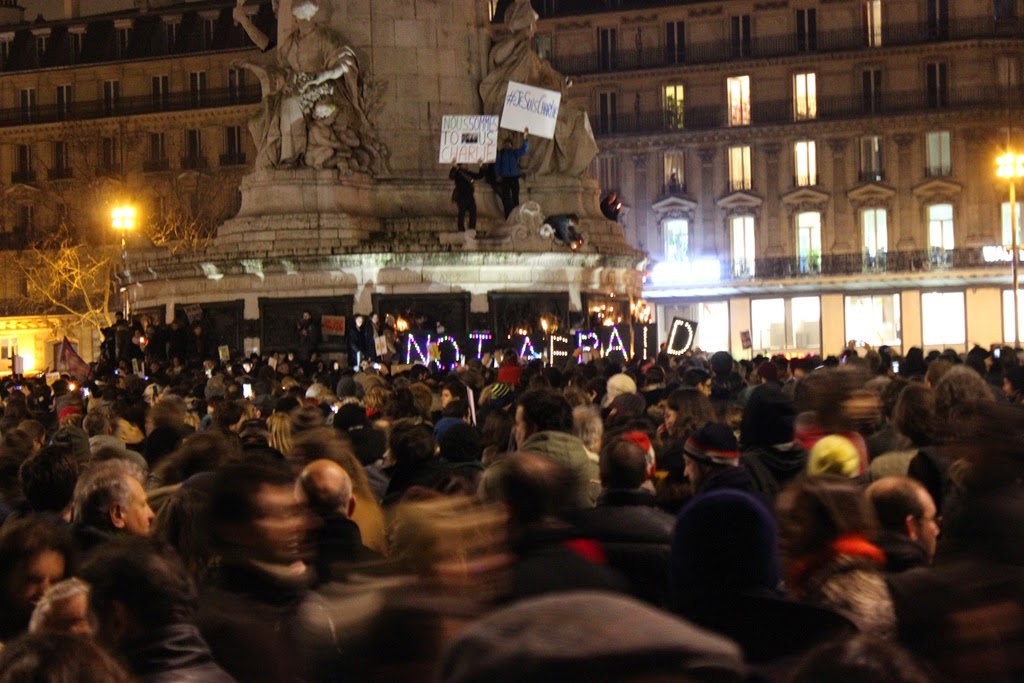 UPDATE: By midnight in Paris, the rally dwindled but a group was still at the square and preparing a march towards Bastille. Parisians light candles and leave messages by the statue in the center of the square. 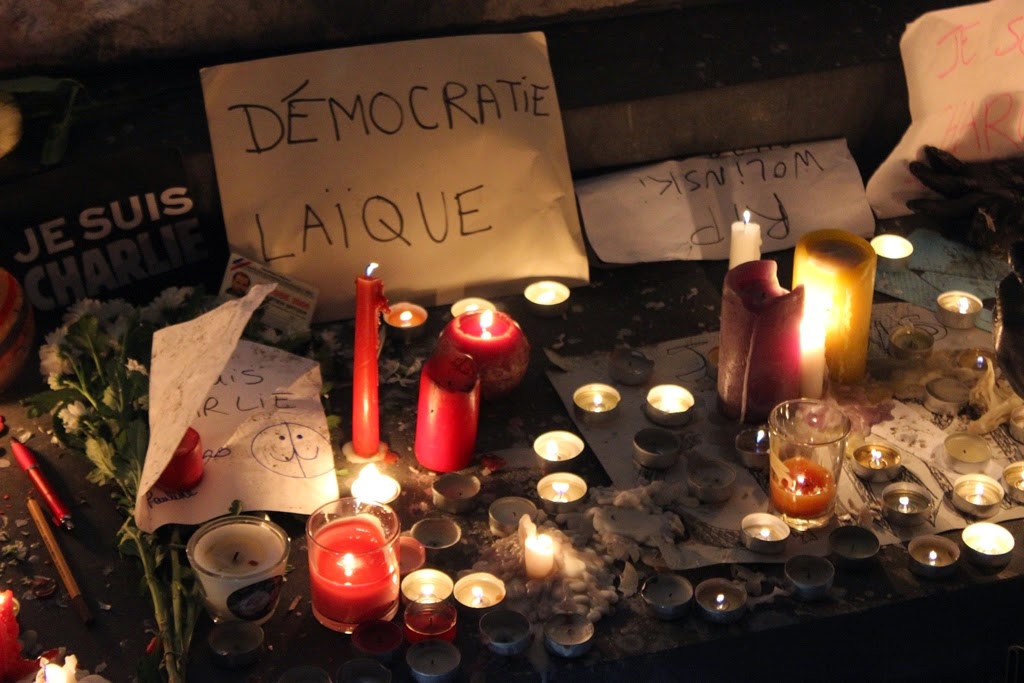 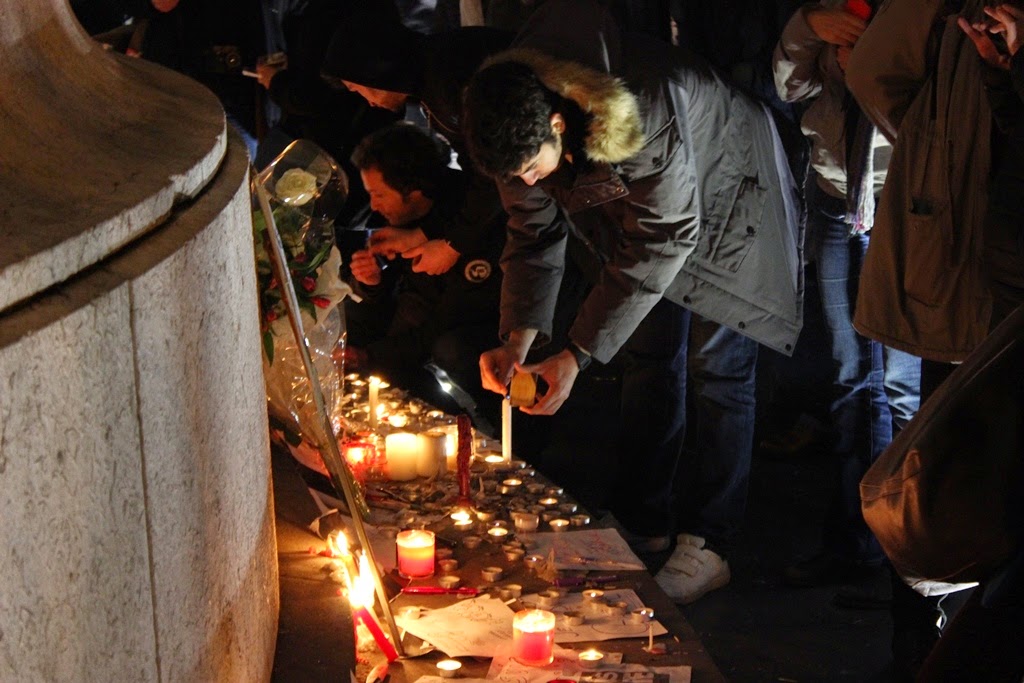 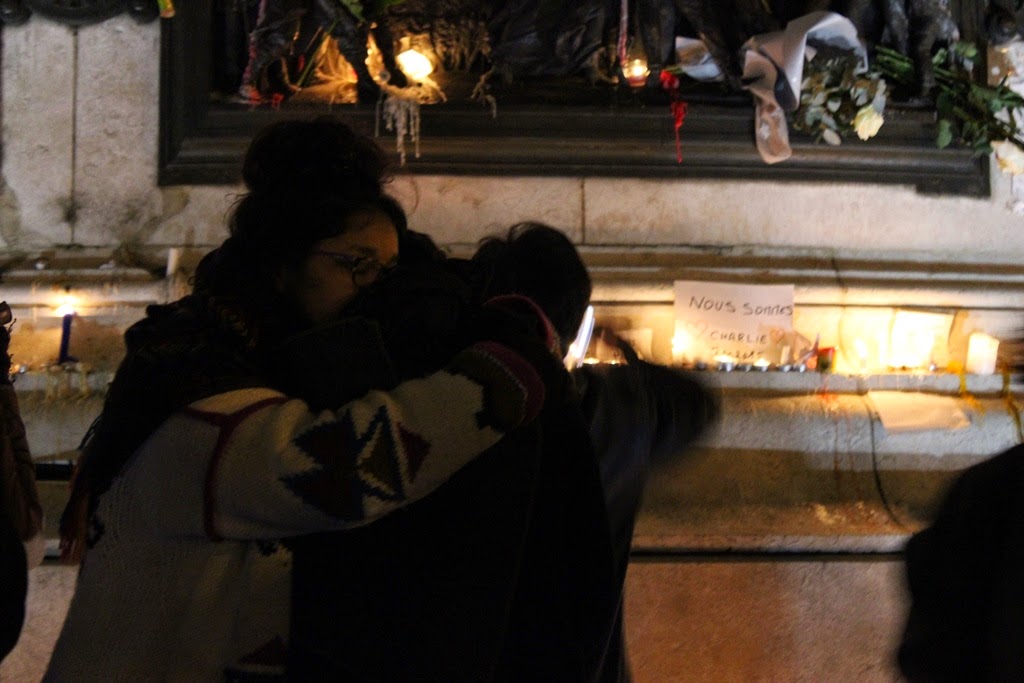 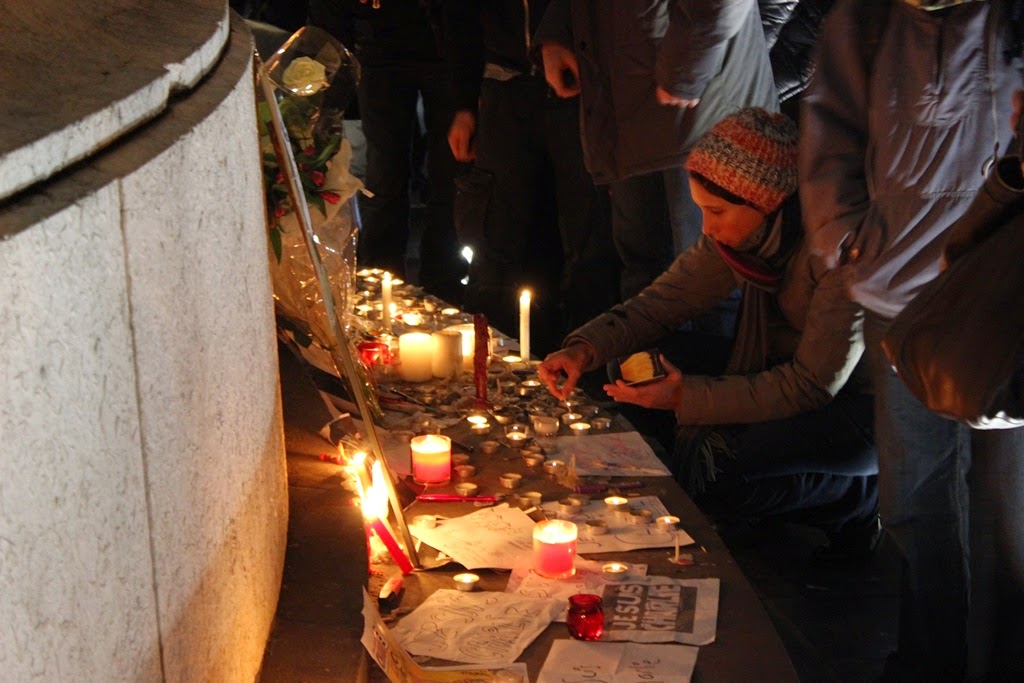 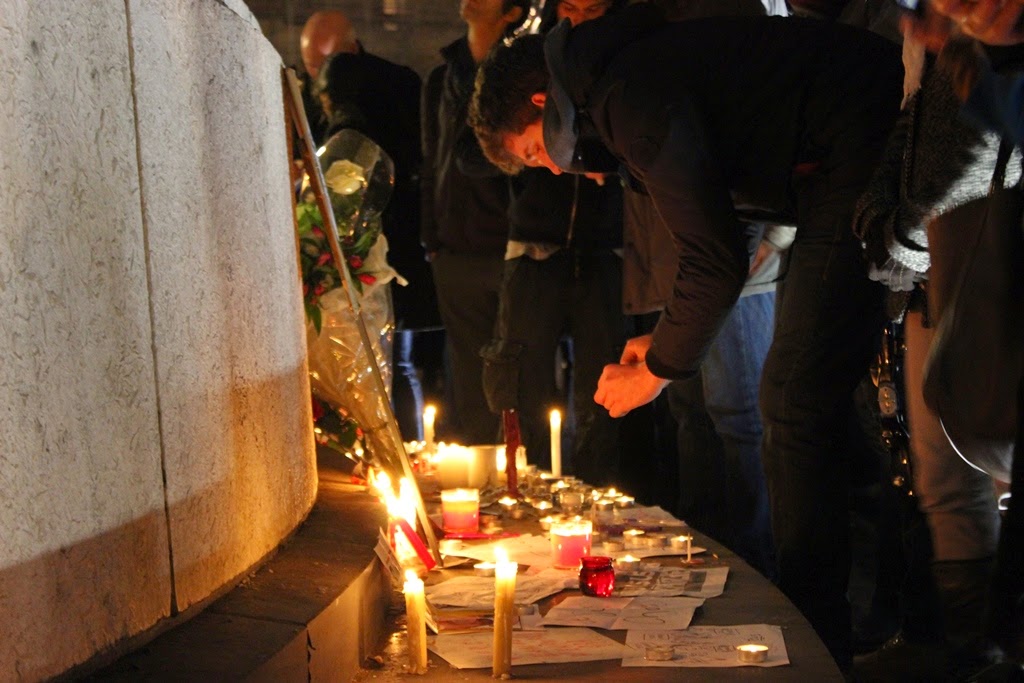 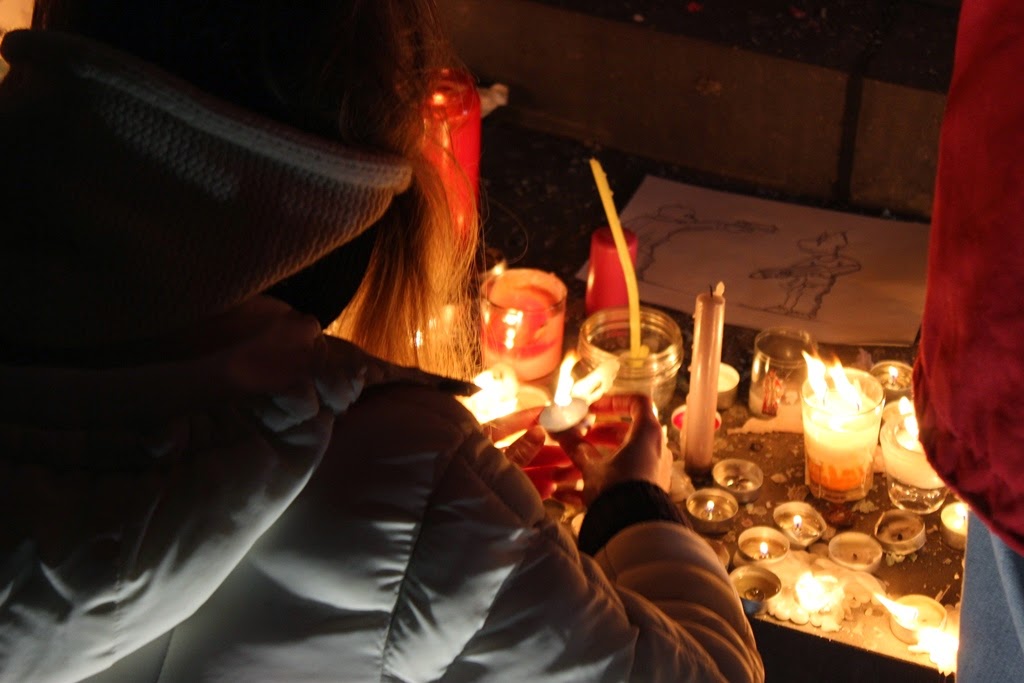 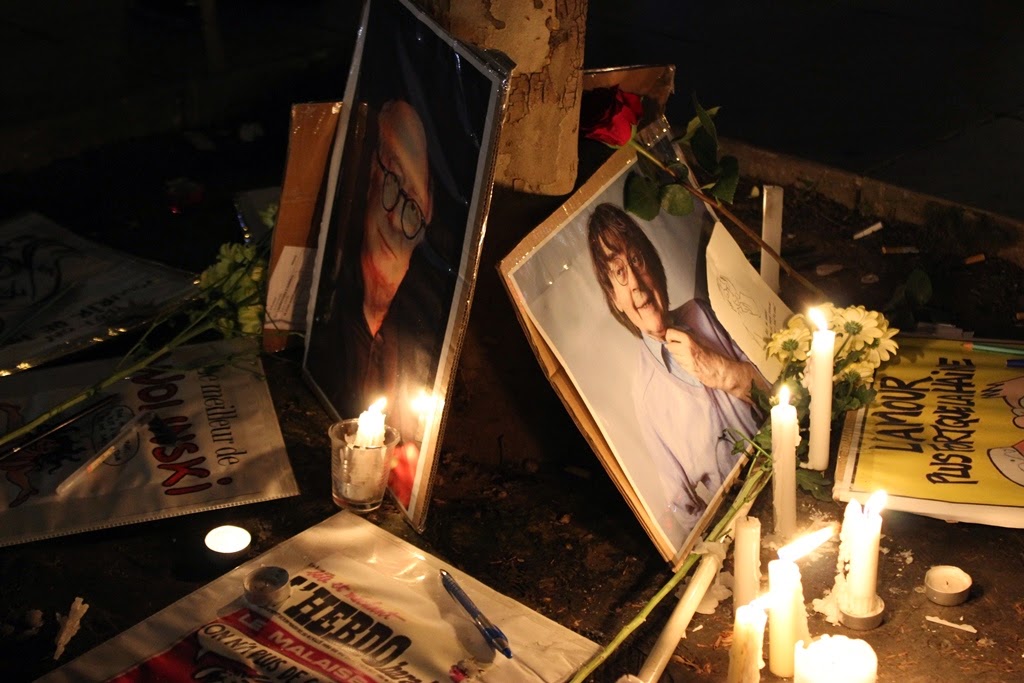