Hundreds of thousands, maybe millions showed up in Paris for a unity rally following the recent terrorist attacks. The AFP reported that more than 2.5 million people were marching in France, with perhaps 1.3-1.5 million in the capital. Official numbers were impossible to ascertain.

Since I live right next to the meeting place, like literally a few steps from the square, I was excited to take part in the event, as a hopefully-future-Frenchman myself. I made it out the front door, but not much further than that. The streets all around Place de la République were completely full by 3PM, when the march towards Nation was set to start. Police and news vans were all I could see in the distance over the heads of hundreds of people.

I had imagined stumbling upon German Chancellor Angela Merkel or the King of Jordan, two of the 50 or so foreign leaders who came to support France during the march. The president also joined political leaders of various parties in France to join together on a united front.

The crowd barely moved for over an hour, so we headed back inside, watching everything live on France24. Finally things calmed down as the march charged forward. Eventually by the time I ventured out, night had fallen and most of the marchers had reached Nation. Place de la République, however, was still alive with Parisians shouting from atop the statue as journalists did their thing.

During the day, while I was stuck in the crowd, things seemed festive, calm, peaceful, with very little pushing, shoving, and according to police with no major issues at all. Bravo, Paris, bravo.

By nightfall, the ambiance was joyful and celebratory, as the world patted Paris on the back for doing something truly amazing. It was well-deserved.

Paris, and France, showed what unity meant today. It was impressive, and I'd be surprised to see such an act in my home country. Let's just hope today's lesson sticks and springboards the nation into a happier future. 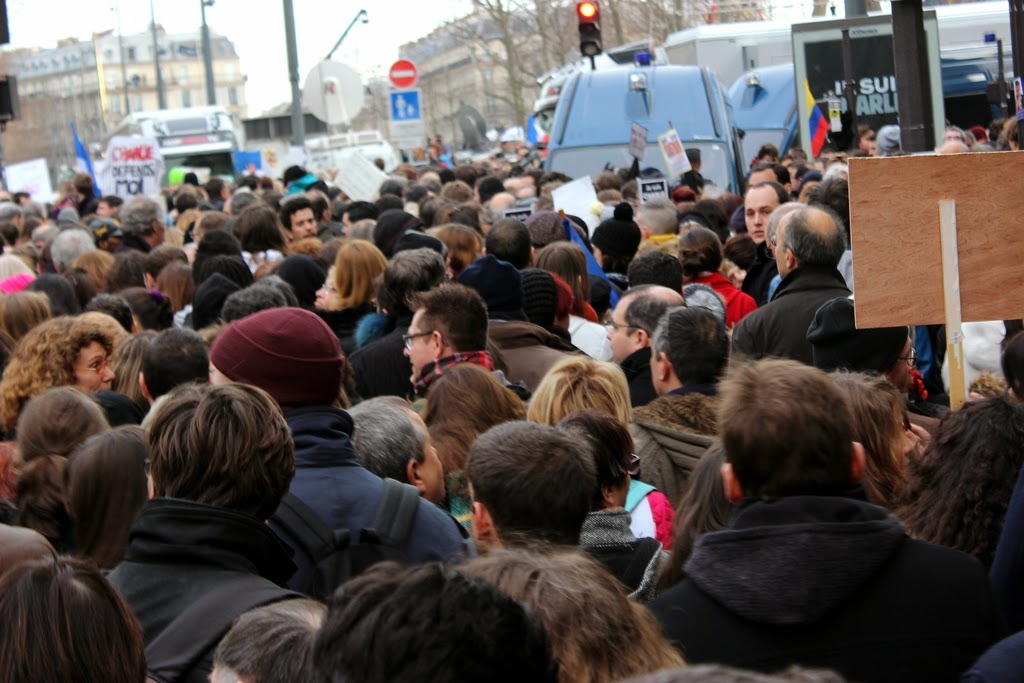 Looking towards the square, the crowds were as thick as could be. 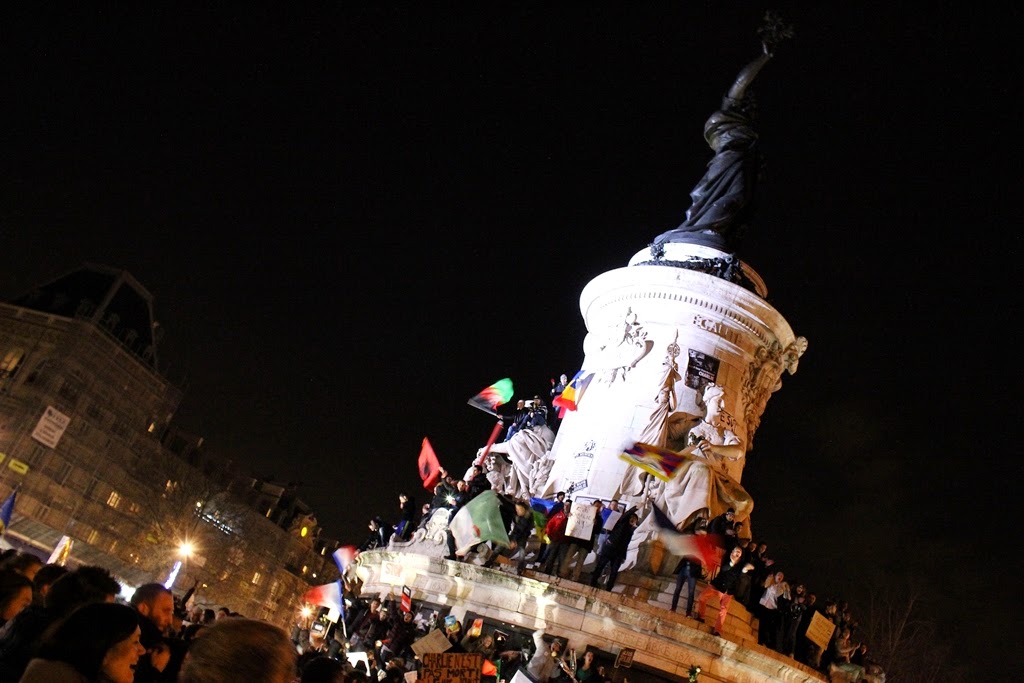 By nightfall, the party continued as those who didn't march to Nation stayed at Place de la République as a bagpipe player played the French national anthem. 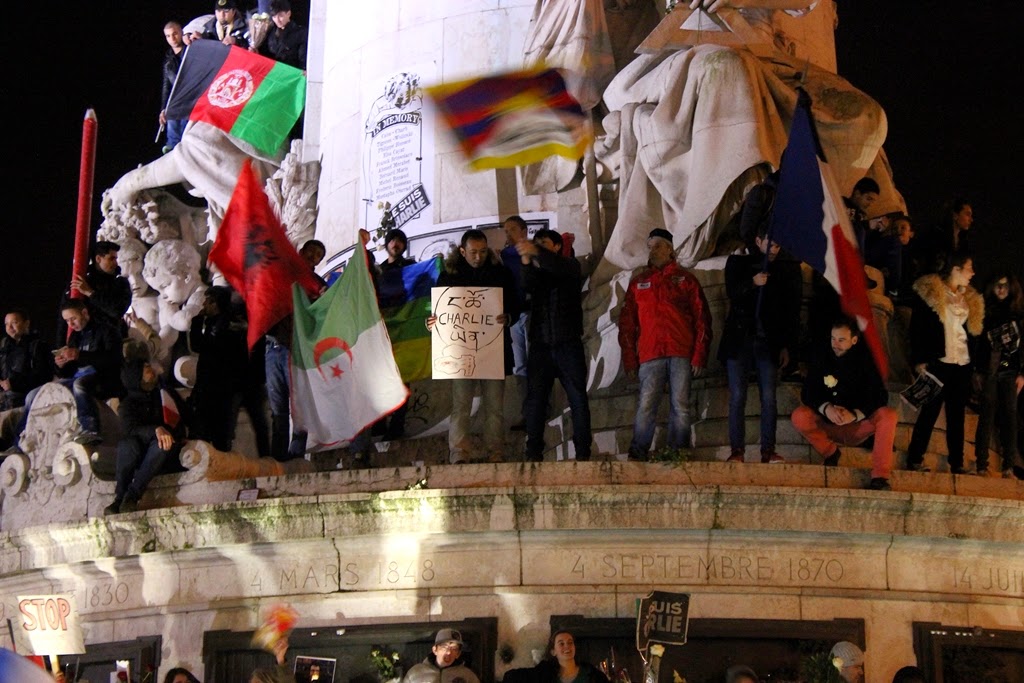 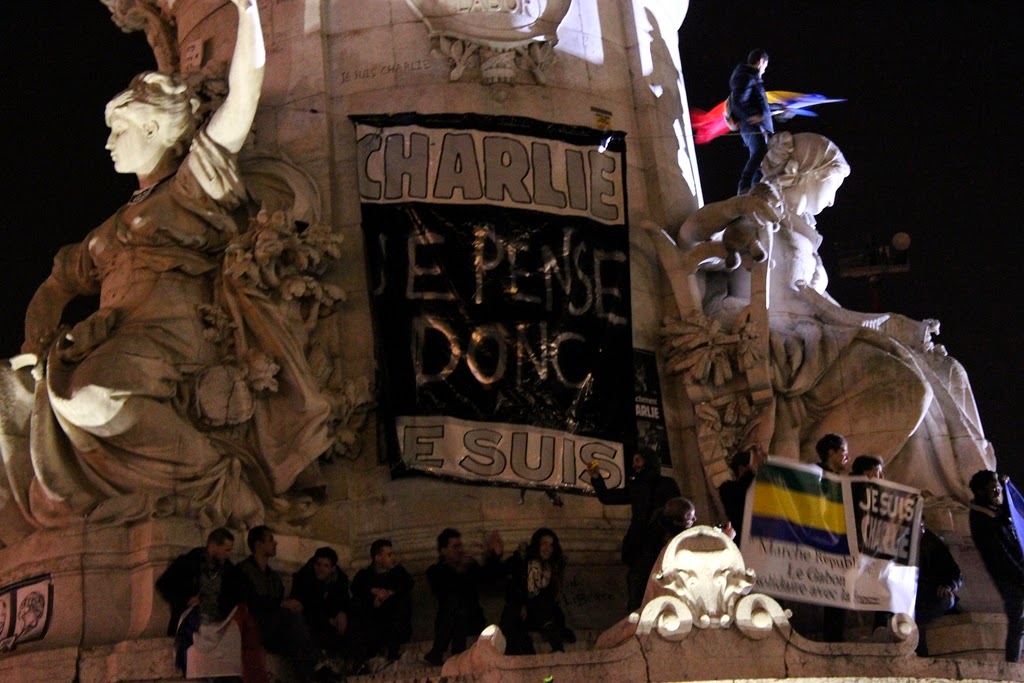 "I think, therefore I am Charlie" 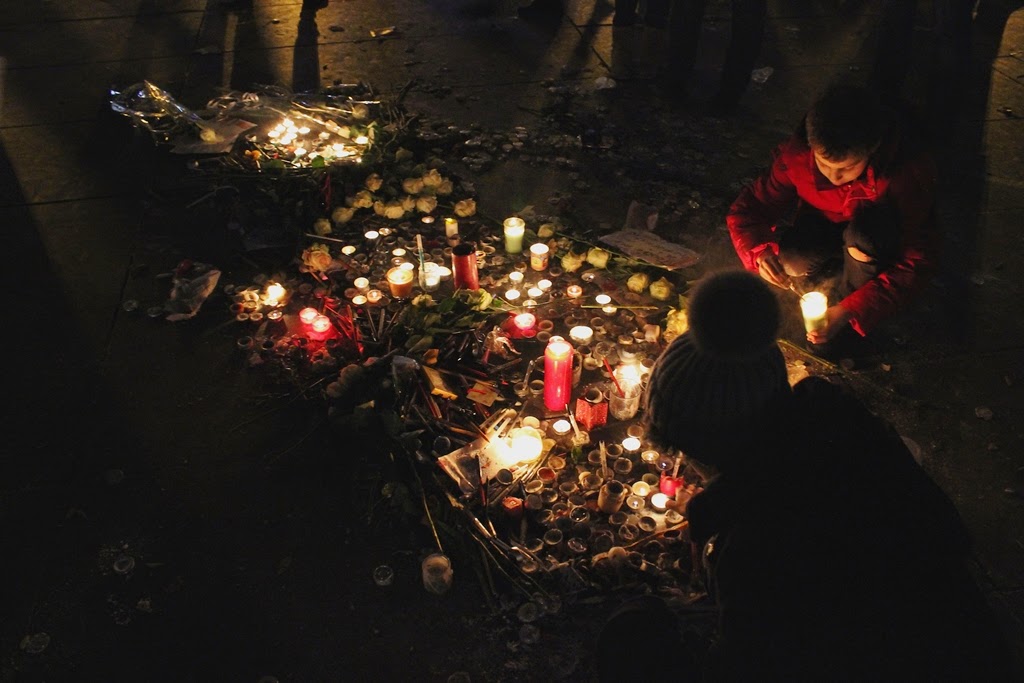 Things were festive, but reverent. 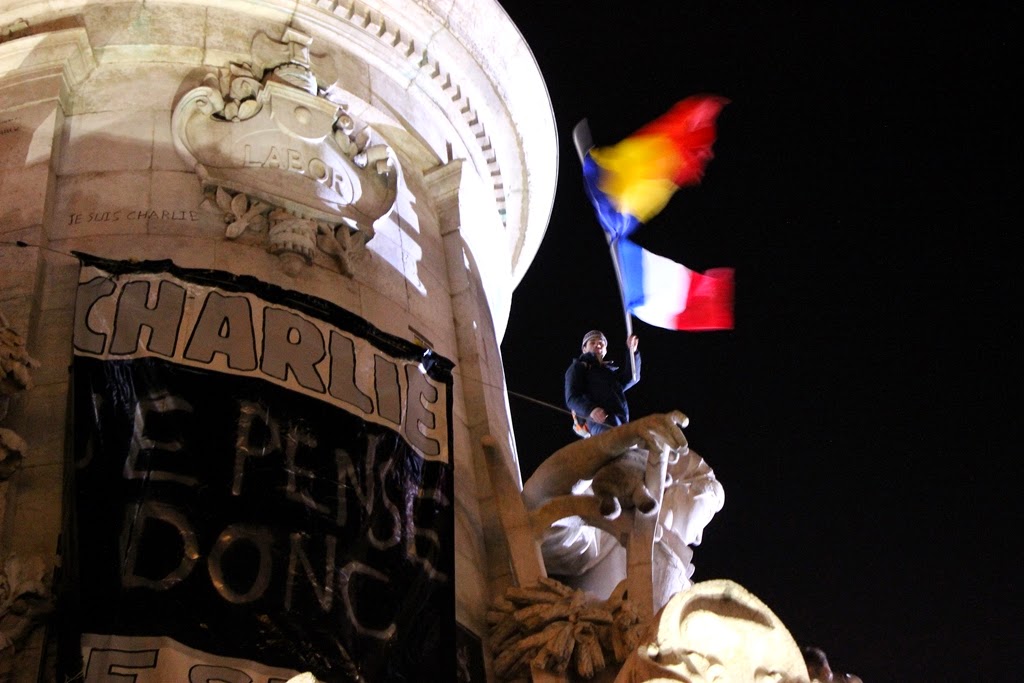 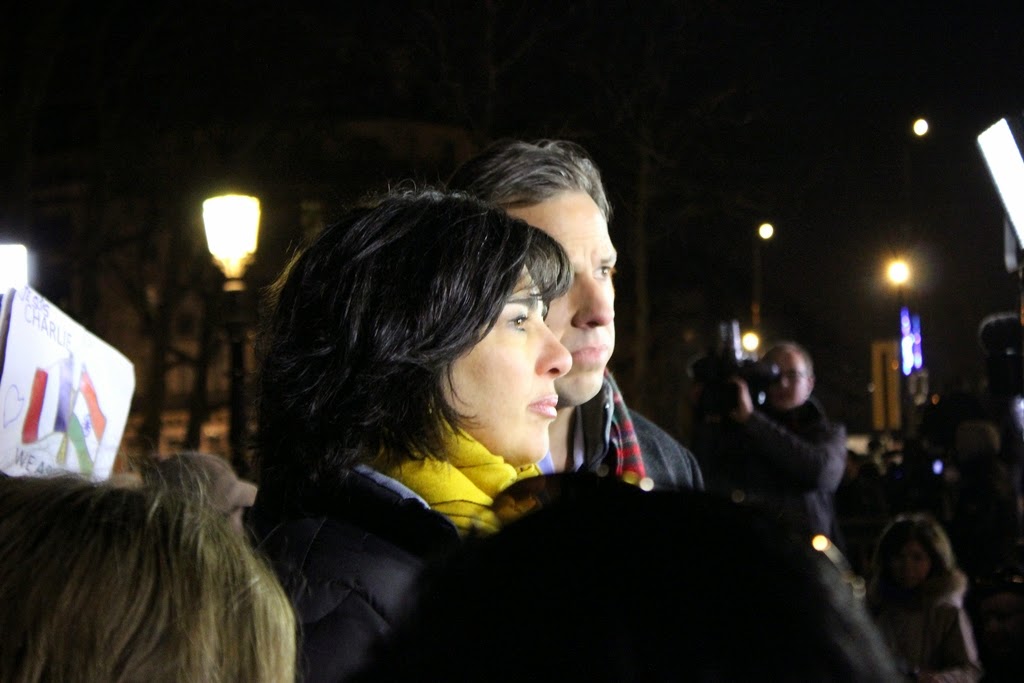 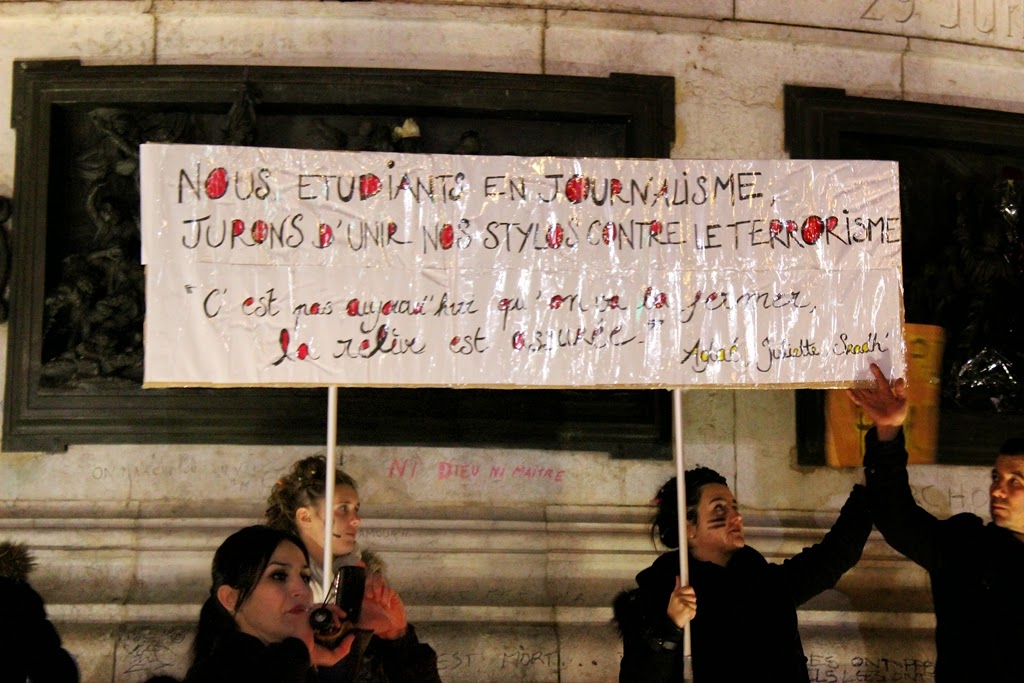 "We journalism students promise to unify our pens against terrorism." 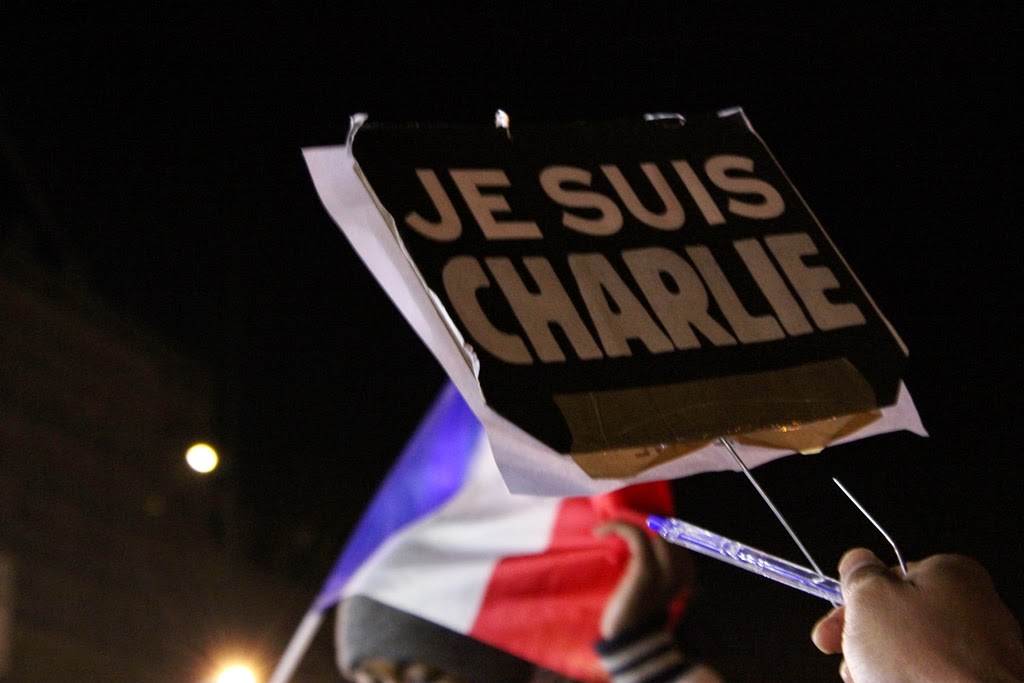 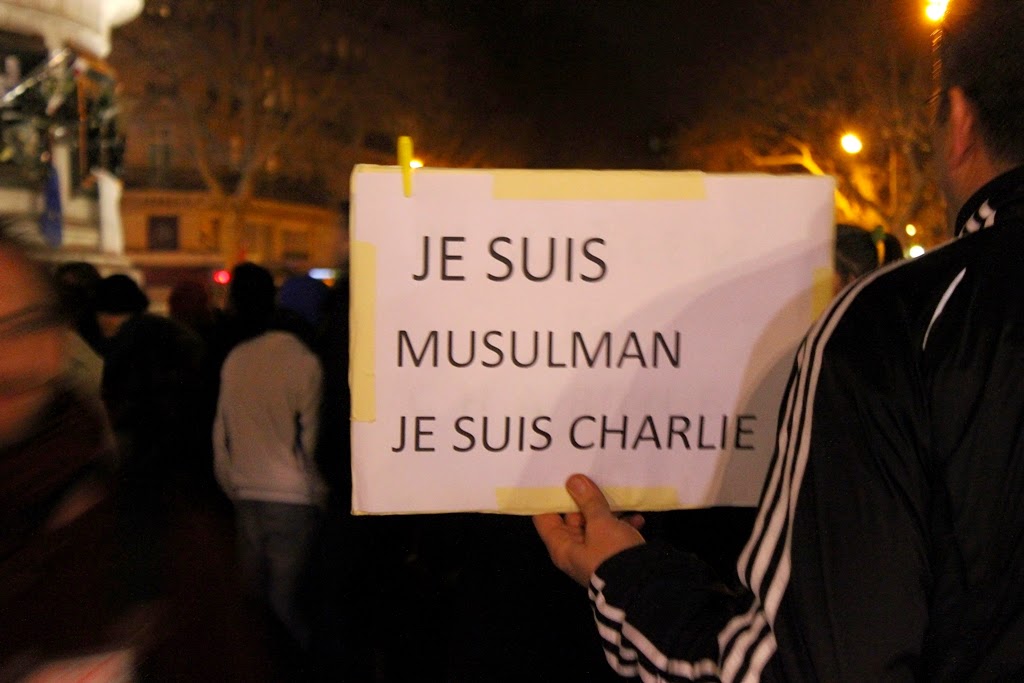 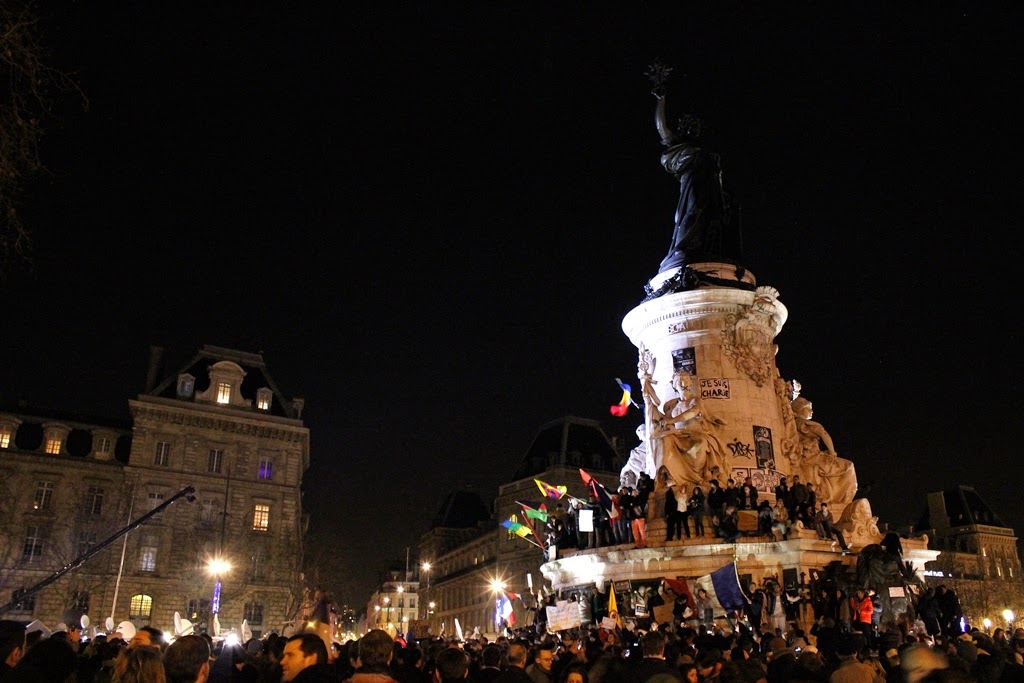