Studying at the Sorbonne: 5 Myths to Forget 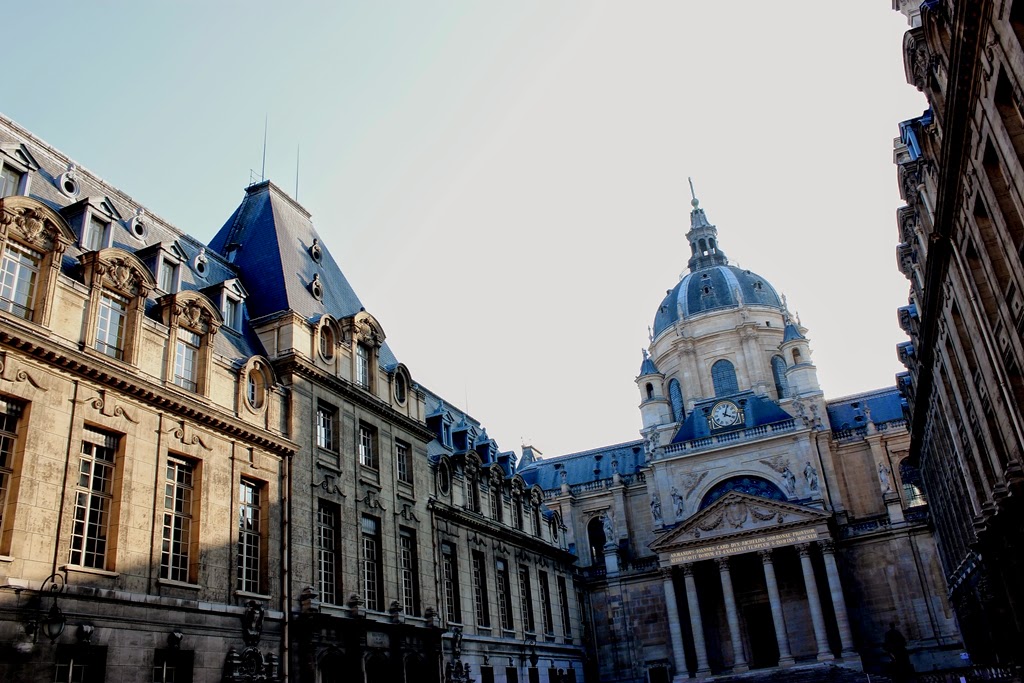 I’ve had a lot of emails recently from potential students all over the world trying to apply to the Sorbonne. It’s been really interesting seeing how everyone interprets the process and the problems faced by all of us. It’s not easy.

But I wanted to put a few things out there, since many of the same issues keep coming up over and over again. Here are just five of the “myths” that I’ve noticed running around about the “Sorbonne” that need some clarification:

1. “The Sorbonne” is the name of a university in Paris: Wrong. You cannot attend “The Sorbonne” so to speak. This is a colloquial term that is often misunderstood and misused. It refers to the general university system in Paris, but let's be clear.

If you want to go to a school with the word “Sorbonne” in the title, look to 1, 2, 3: Sorbonne-Panthéon, Sorbonne Panthéon-Assas, Sorbonne Nouvelle, respectively. But there is no generic school called “Sorbonne.”

What’s more, each campus has specific programs, so you can’t just say, “I want to go to a school with Sorbonne in the name and study biology.” You have to find which campus (1 through 13) offers your program, and often more than one will.

2. It’s a gorgeous, old building: Lies. Some, like the original building shown in my picture, are quite pretty. Many others, like my school, Paris 3, are old 1970s boxes with windows that don’t open and charmless hallways. But remember it’s cheap!

Fortunately the rest of Paris is pretty good-looking, so don’t let a bit of bad architecture scare you away.

3. It’s the best education possible in France: French students who attend les grandes écoles, the “Ivy League” of France, would probably laugh at this statement. On paper, the University of Paris is fine, but in practice, you’ll probably get a much more intensive and thorough education at a school like ENS or Sciences Po, but you have to be accepted, and that’s no easy task. Internationally, however, having “Sorbonne” in the name of your school is not a bad thing at all, so try to go for universities 1, 2, or 3 if possible.

4. It’s extremely selective: Nah, not really. It’s a public school, open to everyone. You need to fill out your paperwork correctly and follow the rules, but as long as there is space in the program you are applying for, you shouldn’t worry about having the best grades. They don’t really look at things like an application essay or extracurricular activities like they would at an American school.

5. I can just apply and go, right? Well, not exactly. As much as the school isn’t extremely selective, you do need to fit a certain profile. You can’t apply to a literature program if you have previous studies in business, for example.

The licence or undergrad level isn’t quite as strict for international students, but the masters level requires that you justify why you chose a certain program. I had a journalism bachelor’s degree, so a communication masters wasn’t a stretch. But if I went for a chemistry masters, the school would have rejected me.

Hope that makes things a bit clearer for you prospective students. Feel free to comment or email me if you have more questions!