Just when I thought I had seen Paris from every angle…

For the last three years, the Tour Saint Jacques, that big flamboyant gothic belfry just down the street from City Hall, has been open to tourists during the summer. While the city offered a rare glimpse inside this prominent, but mysterious structure, I missed the boat the last two years. This year, I was not going to take any chances.

Dating back to the 15th century when it was part of a church, the Tour Saint Jacques survived the French Revolution (unlike the rest of the church) and underwent extensive renovations in the 19th century.

But I won’t ruin the tour for you. Your guide will take care of the details.

Reservations open up online on Monday for each week, allowing small groups to climb the tower each hour. Only 136 spots are available daily, with tours led by French-speaking guides from a company called Des Mots et des Arts. I nabbed a spot and was ready to see the tower up close.

My little adventure began at noon. The guide takes you from the base to the top, stopping twice along the way to discuss the history of the tower. It’s all actually quite fascinating for an amateur history buff, but the experience alone is worth the price of entry. The tiny winding staircase that seemingly never ends is the stuff of nightmares. As we hiked up the 300 steps, the woman behind me was droning on about her impending panic attack, claiming the staircase was getting narrower (she survived). It’s safe to say that she was exaggerating a bit.

Once at the top, well, just wow. The stunning 360 degree view of Paris is unlike any other in the whole city. It’s a truly unique perspective, perched in the heart of the city with hardly anything around you to block views of the Eiffel Tower, Notre Dame, and Montmartre, among other landmarks. And without hordes of tourists surrounding me, I could actually enjoy it and really take it all in for a few moments. We had a sunny day, with a few clouds to give it a more dramatic effect. I couldn’t have ordered up better weather for this sort of thing. 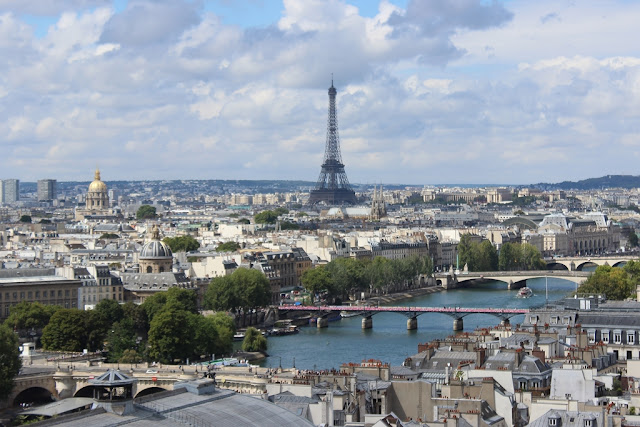 Cameras hardly do any justice to the feeling of being on top of Paris like that, standing atop a tower with hardly a guardrail to keep you from flying over the edge. If you’re like me, you’ll get that weird feeling that your body will just fall right over – the French call it l’appel du vide – but I fought through it and enjoyed myself. You can actually sit on the roof of the tower, chill out, and laugh at everyone in line for the Eiffel Tower trying to get a similar but totally unequaled view.

If you’re hesitant because of heights or claustrophobia, the Tour Saint Jacques really isn’t that bad, and the views are well worth a few butterflies in your stomach. And if you don’t speak French, then just read up on the tower beforehand – the guides don’t tell you anything too revolutionary about it all. 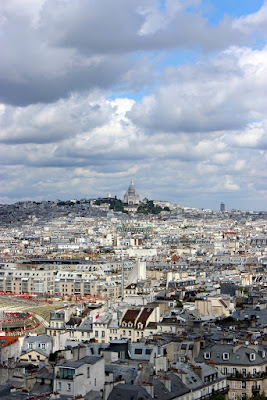 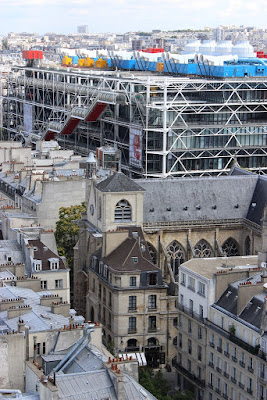 Book now because when autumn comes, the visits will cease until next year, assuming the city will keep it open to the public.