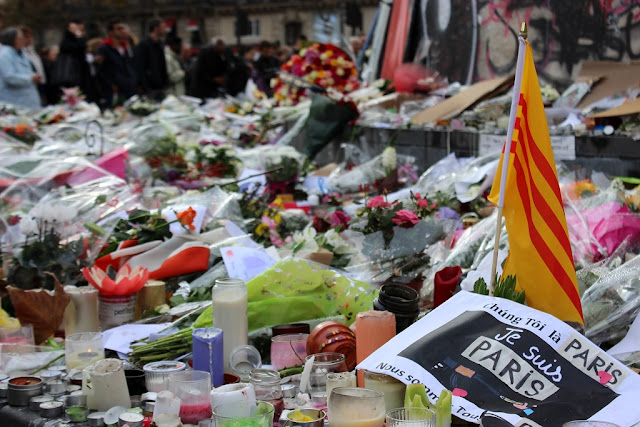 It's nuts that just two weeks after becoming French, the biggest attack against everything this nation stands far happened just blocks from my apartment. But I am safe. Those close to me are safe. It's just a bit surreal. Other people are suffering, having lost loved ones, and I can't imagine what that's like.

So I'll be brief.

General de Gaulle famously proclaimed in 1944, "Paris outraged. Paris broken. Paris martyred. But Paris liberated." Three of those things hold true today, following Friday's horrible attacks. "Liberated," however, is far from how I feel in this city at this moment.


We've stepped into a new reality where the hatred has moved from the desserts of the Middle East, from the symbolic business center of downtown Manhattan, from the offices of free speech at Charlie Hebdo, to the streets where we all enjoy life. 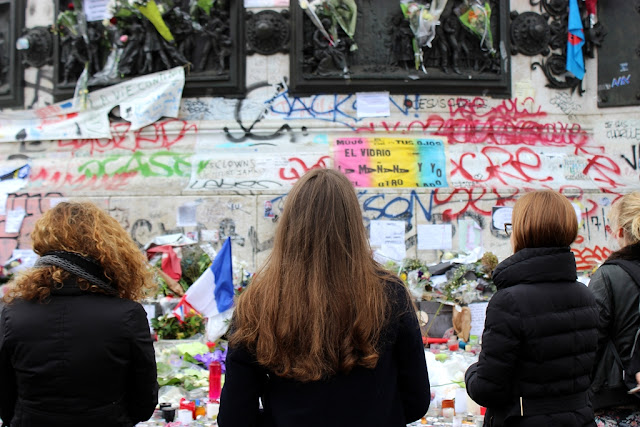 Today, a French woman on Boulevard Voltaire, by one of the memorial sites not far from the Bataclan, told me, "It's crazy. They were all so young. We're not safe anywhere, now."

We never were, really, but now there's no discussion.

Life will go on, and Paris will get back to a semblance of normal. I'll go back to Le Petit Cambodge, one of my favorite restaurants. I'll go to events at the Bataclan again one day, as I have so many times. I'll have a drink at the Carillon, as I did when I lived on rue Bichat. It'll take some time to get to that point, but we'll all get there. Thanks to all of those who reached out, including family, friends, coworkers, employers, and former tourists. I hope to see you in Paris in the future.
Location: Paris, France