Naples: A Week in Pizza 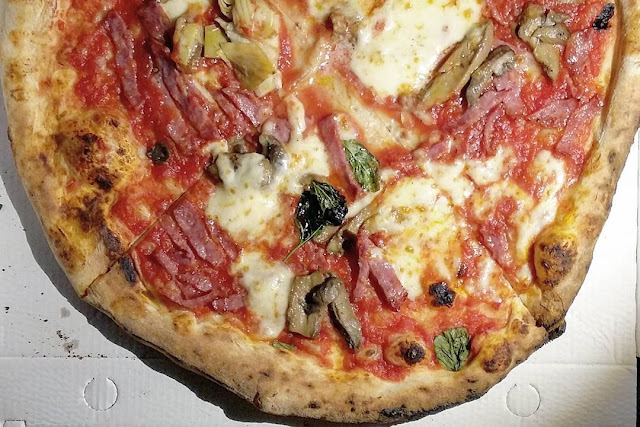 So I haven't written in a while. Life got in the way, as it often does. For the update, I live in Naples now. Italy, not Florida. I'm here for a few months working on some things, but mostly I'm eating. Surprise!

I arrived at my Airbnb a week ago, and I already feel the urge to go on a diet. But I will resist. Living in the historical center, I am around the corner from all of the pizza a guy could want, I need to explore, dutifully, and try them all. Fortunately, I live on the fourth floor of a building that charges 10 centimes for each elevator ride, so I have been taking the stairs most of the time.

So when it comes to pizza in Naples, it needs no introduction. Unlike the supercharged pizzas of the US, the egg-topped pies of France, and the ultra-thin gourmet pizzas at my favorite London pizzeria Home Slice, Neapolitan pizza is deceptively simple. That said, there's more to experience than just a standard pie with its chewy and slightly charred crust topped with a smattering of cheeses or veggies. 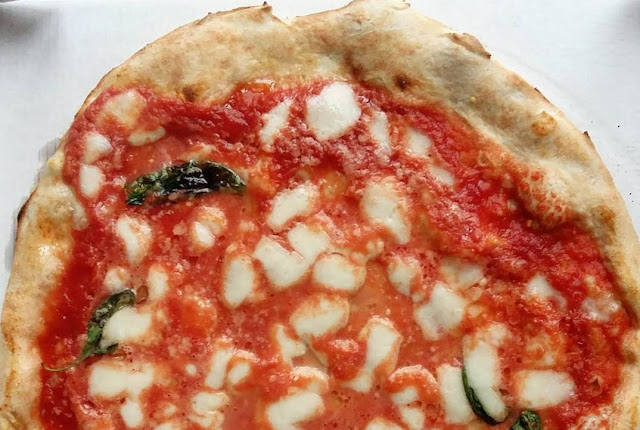 First, there was Pizza & Pummarol, where I had my first take-away margherita, to start simple. This place must be new because I can't find a website for it, but it's on via dei Tribunali under the arches. It's unassuming but the pie (pictured above) was perfect. A bit of cheese and basil on a light layer of red sauce is all you need sometimes. For €4.50 a pie, the addiction was settling in quickly.

Later there was Friggitoria Verace at Via San Pietro Maiella 13 where I sampled some Parigina. It's not pizza. The Italians will let you know that. Instead, it's a sort of softer dough (not unlike some deep-dish American pizzas) with a layer of ham and cheese and red sauce, topped with another layer of dough. It's like a thick slice of pizza with a roof, but not, and named for Paris since it developed when the French were in control of Naples. A sizeable piece was just €1.50 and needs to be piping hot from the oven if possible.

On Saturday, I bought a bottle of wine and splurged on two take-away pizzas (da asporto!) from Pizzeria Vesi on via dei Tribunali. This was the place I remember eating at numerous times on my first visit many years ago. At €14 for two pies, it was the most I had spent so far on food in Italy, and that's only because I upgraded to the good mozzarella. My goal was to eat part of the capricciosa and D.O.P. pies for dinner, and the rest for breakfast. After working at Pink Flamingo in Paris for a few years, cold pizza became a sort of staple in my diet. Goal achieved, as I nibbled the last bits of both pies with my coffee the next day,

Finally, I got lazy and had some pizza a portafoglio, from Pizza & Pummarol again. I was hungry Sunday night, walking up and down via dei Tribunali when I saw the server come out with a fresh batch of mini pizzas. I forked over €2.50 and she folded up for me (hence the portafoglio). It's an easy way to eat pizza on the go, which is convenient when you're exploring Naples solo.

Week 2 is underway, and I've started with some arancini, so we'll see if that becomes the theme of the week. Maybe I won't have any pizza at all for the next few days.