So That Was an Election: 2020 Edition 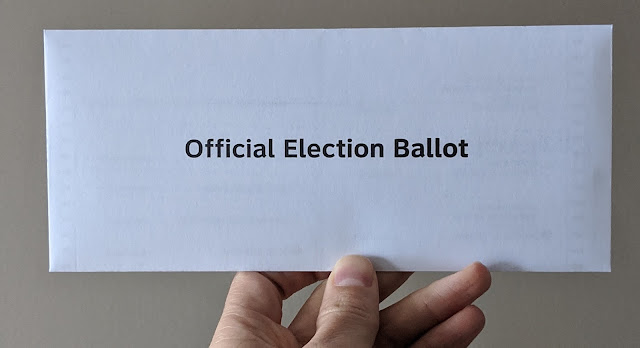 It was only my second election ever in 2008 when I took my mom's car and drove to some rural Bucks County high school for an event. I was home for the summer, fresh out of college, waiting for my visa to move to France. I wasn't politically savvy, but future Vice President (well, now future President) Joe Biden was speaking, and I wanted to be engaged. It started that day. I began to care more, but it was a slow burn.

These were the days of Don't Ask Don't Tell, DOMA, when LGBTQ rights were still LGBT rights and progress seemed slow, maybe steady, but still slow. Then I moved to Paris, and by January 2009, Joe Biden became even more of a household name as President Obama's righthand man. It's almost comical to think how much things have changed since then.

It's 2020. The situation was similar. Biden was on the ticket, in another form. I was living in the U.S. again. There were whispers that LGBTQ rights were in peril again. A pandemic rages. The country burns (literally). Black Americans get shot as if dictated by a metronome. This time, however, I'm not nipping off to France. I'm here and am living it all from within. Like every four years, I sent in my absentee ballot, and I admit I felt a little bit like this, but desperate times, ya know?

Having lived in Paris, London, Naples, and Beijing, I never thought the United States would be home to the messiest of governments, the messiest of responses to a global pandemic, the messiest of healthcare systems, the messiest of court systems. But it is a mess. It always was, sort of, but it's gotten out of hand this time. Those who have never been on the outside can turn a blind eye to the mess, and I get it. When all you know is one note or flavor, it's hard to hear the discord or taste the bitterness.

A nation forever divided, it seems, we're all waiting to begin down that path to recovery in every sense of the word. I listen to my college students, first-time voters, who give me hope that things will be OK. They are engaged, whether it's climate change or racial inequality, and want to move the country forward. They may express it through TikTok, but they are expressing it all the same.

As we sit in class and discuss fake news, propaganda, and truth, they understand, at such a young age, what's at stake. I look back at myself, when I was their age, listening to Joe Biden talk to us from that Bucks County high school, and I pine for the innocence of that moment when the stakes didn't seem so high, when the threats didn't seem so real. It all starts in a school, with an education, with knowledge. For some reason the U.S. still maanges to overlook all of that, to run on the fumes of feelings and desires rather than the sustainable power of knowledge and experience.

There's always more we can do to get people out to vote. We can contribute money and campaign, post on social media and have conversations. It's just hard to imagine how much we can advance if Americans can't trust the truth. That process starts in the classroom, at an assembly in a rural Pennsylvania high school gymnasium where a man from Scranton lays out a vision for the future that sounds great, that includes you, that embraces the truth.

I saw it then. I see it now as a teacher, watching my students deal with it all in real time, expressing themselves, and it comforts me. So far, the results are promising. I listen to Joe Biden, President-elect, and Vice President-Elect Kamala Harris, and I know there is a mess ahead of us still, but at least now, it feels like someone's grabbed a broom and a dustpan.